Directory of the popular pokies gaming lounges, bars, restaurants & TAB venues near to the North Shore area in Auckland. Where to play poker machines in North Shore.

The Postmans Leg is a vibrant gastro style pub where locals visit for some pokies excitement, a drink or a bite to eat. The venue is a creation of a postman in Glenfield who was an amputee due to accident but he choose to excel in another career. About The Postmans Leg Glenfield The venue is located on Cnr Downing Street along Glenfield Road in Auckland and has casual seating areas. The large screens are for sports watching entertainment seekers as they enjoy their drinks. It is spacious enough for those in big groups of drinkers or diners... Read More | Share it now!

If you love a fun night out on the town drinking, eating, playing pokies and being entertained in Glenfield, then you will definitely want to check out the Wairau Sports Bar as the locals in the area do often. About The Wairau Sports Bar in Glenfield There is plenty of parking at the bar as well as free WiFi for you to enjoy. The Wairau sports bar hosts many of the pool and dart leagues in the area; they also offer free darts for patrons to enjoy on a nightly basis. This sports bar has friendly and helpful staff just waiting to serve... Read More | Share it now!

The tavern offers its guests a variety of eats, drinks and pokies gaming, depending on what type of entertainment you are looking for it’s a popular venue in Northcote to visit. It’s just over the Auckland harbour bridge so it’s only a 10 minute drive from Auckland CBD. About the Northcote Tavern  There is the Highlander Bar & Eatery: many visitors call it a piece of Scotland in Auckland. The venue is decorated with fascinating Scottish weapons, shields, and trophies, and coming there almost feels like traveling back... Read More | Share it now!

On the Rocks Bar is a cocktail bar, pub, pokies gaming lounge and restaurant offering a wide range of cocktails, wines, beers and other drinks. The bar is located at 99, Kitchener Road in the Milford area of Auckland in New Zealand. The Milford centre is the main landmark in the area. Frater avenue, Dodson avenue, Fenwick avenue, Frieston road, Omana road, Crete avenue, Pierce road, Otaku road are some of the roads which are near the bar. On the Rocks Cocktail & Wine Bar Milford The bar is normally closed on Monday, on Tuesday it is... Read More | Share it now!

Pats Garage is a popular sports orientated bar, with a popular pokies local gaming lounge located in the Northcote area of Auckland which is known as the North Shore by locals. Northcote is about a 10 minute drive north from Auckland CBD, just cross over on the Auckland Harbour Bridge and your their. Pats Garage can be reached using either the Sunnybrae road, or Northcote road which are the main roads in the area. About Pats Garage North Shore Auckland The sports bar opens at 10.30 am in the morning, and is open till late at night, on all... Read More | Share it now! 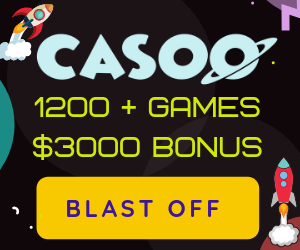