We review all the latest & greatest pokies games from NYX. We also have many free slots from them to play. 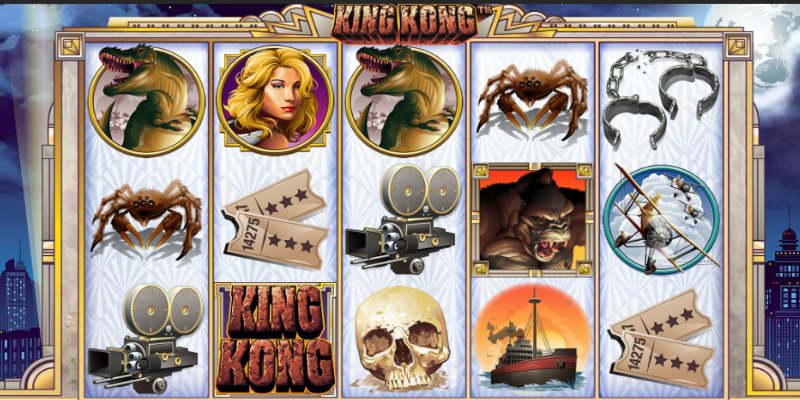 If you do not know King Kong, which is highly unlikely, he is an infamous and humongous fictional gorilla that was created by filmmaker Merian C. Cooper. His character remains unique in all movie sequels and stories he has featured as his roles keep on changing. He is at one time a hero and at other times a monster. King Kong online pokie from f NextGen Gaming and is based on the original King Kong movie from over 40 years ago. King Kong Slot Machine Review & Free Play Like other casino pokie based on movies and movie characters,... Read More | Share it now!

Cash Stampede is an online slot game powered by NextGen Gaming, if you like the Mr Cashman pokies machine by Aristocrat then you may just enjoy a free spin on this game as it has a “cash” theme and don’t we all like a winning a bit of that stuff. It is designed with 5 reels and 243 ways of winning. This game features stampeding animals where players are awarded for capturing them on a film. Rewards are offered for any animal captured among the five African animals. These animals include elephants, rhinos, bison, antelopes... Read More | Share it now!

Powered by NextGen Gaming aka NYX, the James Dean video slot has five reels and 25 lines of ways to win big (well hopefully). Although it’s a non progressive slot, the game offers awesome features such as bonus rounds, scatter and bonus symbol-all of which help in boosting your chances of winning huge prizes. James Dean online slot offers you an opportunity to play like a rebel. This free pokie is set in a blue-neon background and has symbols such as a sports car, a motorcycle, sunglasses, film reel and James Dean himself who appears in... Read More | Share it now!