The Ancient Egyptian civilizations have been a source of inspiration to many people, and now it has been immortalized in Cleo’s Reign game.

If you like the Queen of the Nile, King of the Nile by Aristocrat or the Cleopatra IGT slot machine then this is your go-to game to play free or take a spin on other similar games for real money at select casinos here.

This game is a bit dated in it’s looks but it is still fun to play online, we have not seen a land casino version of this game yet so you can only play it at Heart of Vegas at the moment.

This is slot is from the Aristocrat Gaming developers, and it features stunning graphics and several traditional symbols that are polished in gold.

What excites most about the gameplay is that you may be awarded up to 25 free games with the Mystery Choice.

Cleo’s Reign slot has a simple design and layout of five reels and three rows. The game is built with cutting edge technology like HTML5, which enables it to work perfectly on all devices.

Try out this latest title from Aristocrat and much more at Heart of Vegas Real Casino Slot for free. 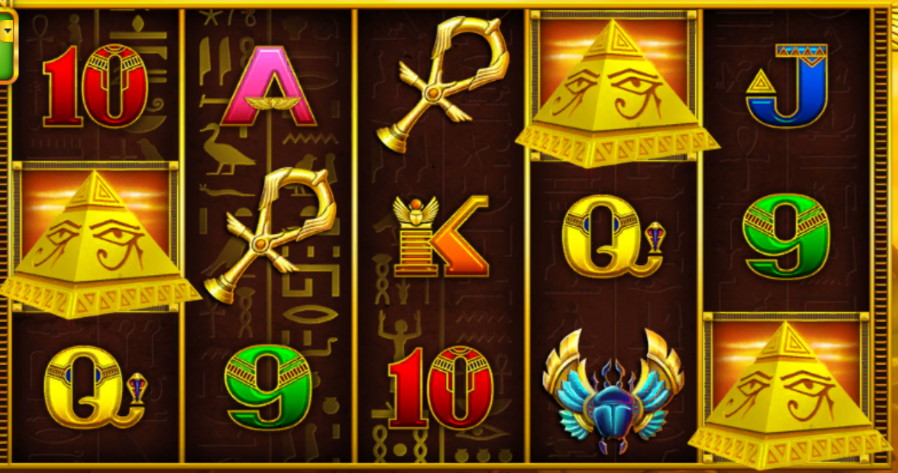 You can play Cleo’s Reign slot machine on all devices in instant mode. It is fully optimized to be played directly through any web browsers on mobile and desktop. Before you start spinning, it essential to adjust the total bet value to suit your budget level per spin.

You can choose to play this slot with the ‘Max Bet’ or set it in ‘Autospin’ mode, as you like. The layout has five reels and three rows, and you need to match at least three identical symbols to win.