The game is played over six reels, four rows and 80 fixed win lines which pay from the leftmost to the rightmost reel. As you would expect, The Prowl version comes with more advanced features like the Free Games, Wild Reels, Max Stacks, and the Jackpot to increase your chances of winning.

You can play it on any Android, iOS, Mac, or Windows-powered devices without the need to download an app. Try it Coyote Queen The Prowl at Heart of Vegas Real Casino Slots for free from anywhere in the world. 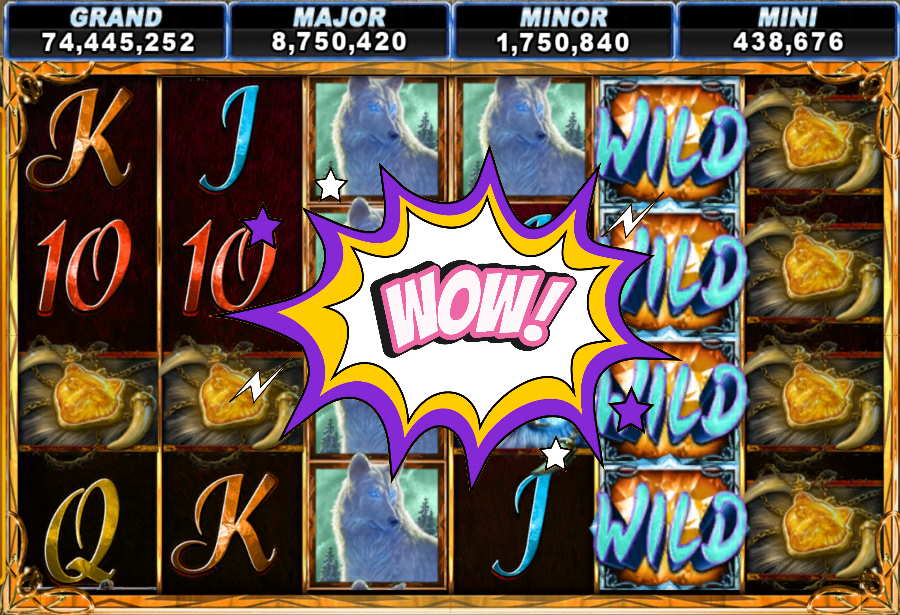 This fantastic video slot features a unique native American theme that has been executed perfectly. The background depicts a bare land with partially visible trees and mountains visible from a distance.

The reels are set on what appears like red velvet and feature different symbols in a golden frame.

There are several Western animals such as a boar, a bear, a brown cat, a golden mask, a cat mask and a native man represented on the reels.

As well, you will come across playing card symbols A, K, Q, j, and 10. You will also be accompanied by native background music and sound effects as you spin the reels. 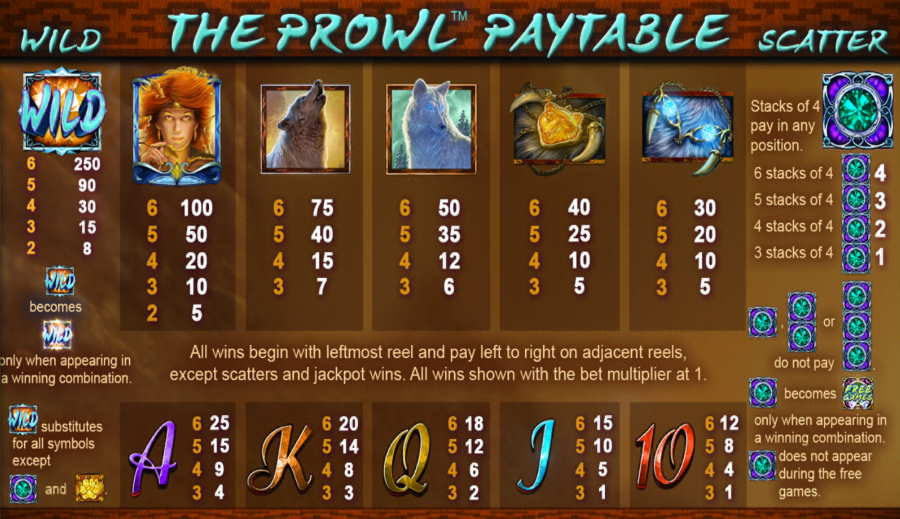 The gameplay in Coyote Queen The Prowl is not only intriguing but straightforward as well. The payouts are made once you match a minimum of three symbols on active paylines.

Remember, all symbols in the game pay left to the right on adjacent reels, except the scatter and jackpot wins.

Besides the bonus features, this slot also comes with a betting range to accommodate people with all experiences and budgets.

Using the control panel is simple as all the necessary settings are available right below the reels. 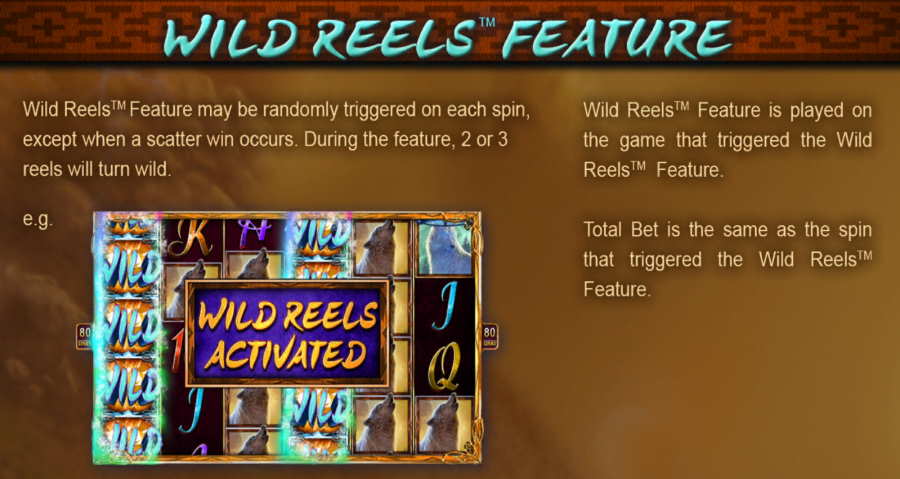 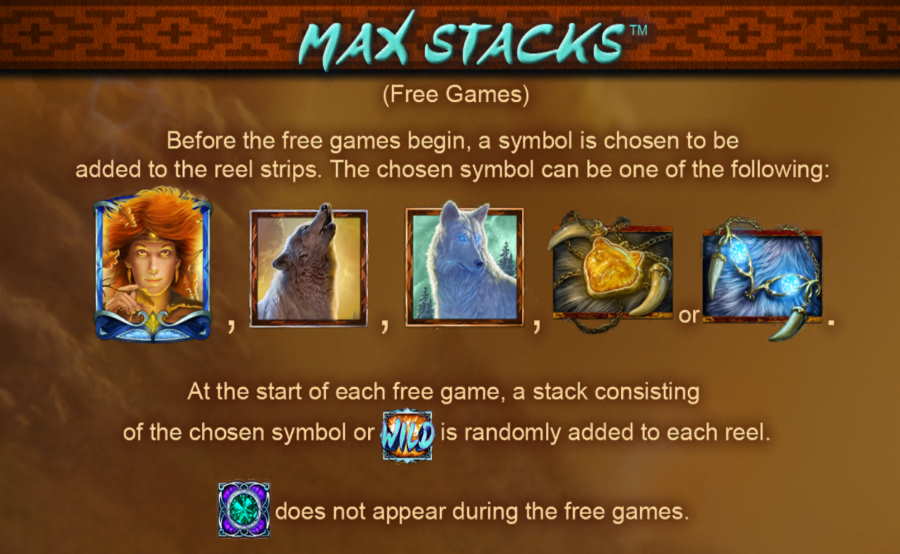 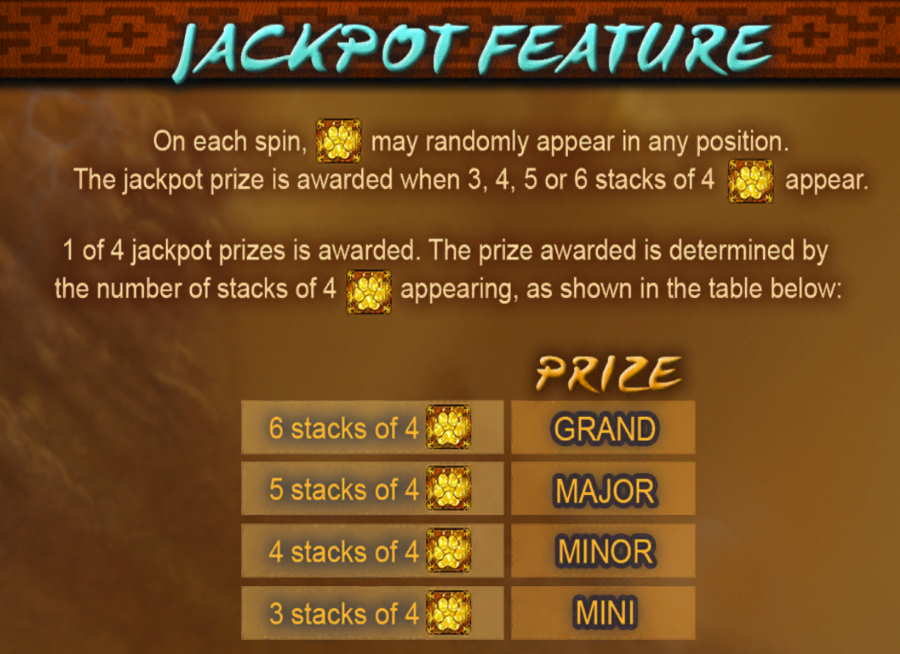 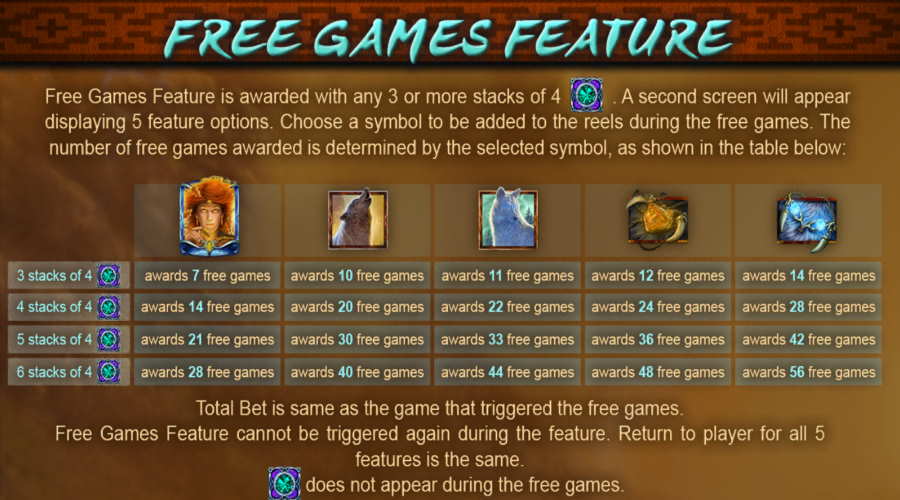