It’s oh so simple, but oh so exciting 🙂 you start off normally with three reels, when you spin and win, the reels expand horizontally to the right and you get 1 reel re-spin with the chance to win again and expand the reel set again and spin once again.

As long as you keep winning you could have an infinite number of reels expanding and increasing multipliers in play, but as we all know there is not such thing as “infinite” winnings when it comes to gambling, but it is good buzz branding for a slot machine that’s a given.

The reels keep expanding (extending right sideways), but when you don’t have a win, the reels reset back to the default amount which is usually just 3 reels and you start over. In fact, when you start a game for the first time you may think “WTF! this game looks like it will put me to sleep”, but don’t worry these pokies are awesome, once you get going and the reels expanding you are gonna love them.

Infinity Reels slots also have a win multiplier in-play in the base game, this will increase with an increment of a +1 multiplier following each subsequent win. Also added to the game are the likes of free spins, special bonuses, jackpots, buy the bonus options and more features to make each game just a little more unique and exciting. 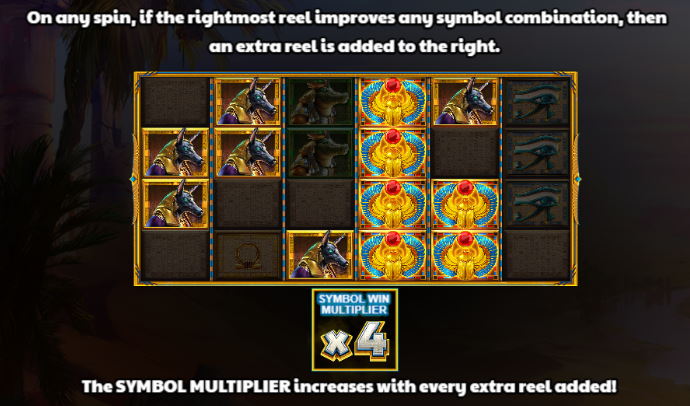 About the Creator of Infinity Reels Pokies

The creators of the Infinity Reels system are ReelPlay, they are a gaming studio based in Sydney, Australia. The first slot in the series was the El Dorado Infinity Reels game which was released in 2020. Since then ReelPlay have continued to release more games on a regular basis. They even have fused the Infinity Reels into the Megaways mechanic also.