Red Tiger Gaming has powered Max Win Gaming’s Ali Baba’s Luck Megaways. Here, the original Ali Baba’s Luck slot has been upgraded with the Megaways mechanic, where the paylines have increased from 10 to a maximum of 15,625 ways to win.

There are 6 reels where each one can fit a maximum of 5 symbols. As the name suggests, the slot is inspired by the Arabic folklore of Ali Baba and the Forty Thieves. The setting is that of an Arabic palace full of large pots on both sides, signifying hidden rewards. The adventurous soundtrack encourages the players to rush to the game with all excitement.

But when it comes to the winning chances, Ali Baba’s Luck Megaways has an RTP of 96.09%. The RTP of the game is pretty average when put to direct comparison with other Megaways pokies.

The minimum deposit limit is set at 20p, but you can go as far as £4 per spin. The game has high volatility, so players might have to go for a long dry run before landing something valuable. The main features of the game are the expanding symbol and free spins, where the game is most impressive in providing the highest win.

Upon landing the ideal winning combination, you can get the maximum win of 20,336x of your total stake per spin.

The symbols of Ali Baba’s Luck Megaways are A to 10 Royals, a gold ring, and a green-and-gold pot. The two characters of the slot, Morgiana and Ali Baba are the highest paying symbols. The payouts of the game are as follows:

·        Dream Spins: There is also a scatter symbol in the game with the treasure chest symbol. Land any 3 of these in a spin, and you can activate the Lucky Round. In the Lucky Round, a wheel spin can award a player Dream Spins ranging from 4 to 16. If you land extra treasure chest symbols on the triggering spin, you can win 4 or more free spins. 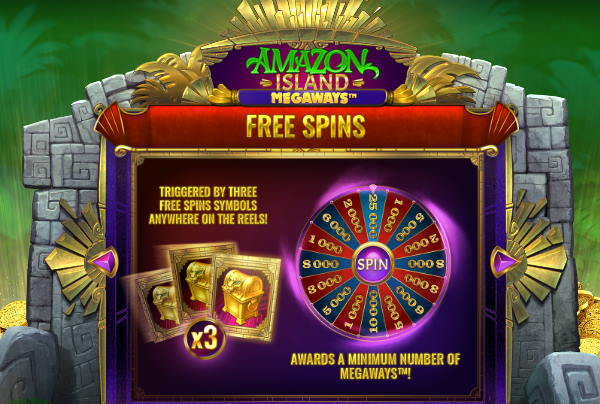 For instance, if you land the winning combination of Morgiana or Ali Baba symbol in this feature, they remain an expanding symbol for the rest of the game.

This is a fairly average slot from a player’s perspective. While there certainly are some interesting features in the game, there is nothing extraordinary about them.

The maximum payout rewards are more than sufficient, but the high volatility might keep your wins scarce.

We suggest it is better to start with the demo mode of Ali Baba’s Luck Megaways before moving to the real money version.