Aztec King Megaways is one of the latest Megaways slots to come out this year. Launched in August 2021, the slot is developed by Pragmatic Play, one of the top names among the game providers. There are 6 reels where each one can hold up to 7 symbols. The Megaways mechanic enables the 6-reel game with 200,704 ways to win. There is an additional row of 4 reels which is the reason behind the increased ways to win.

The theme of the slot features the classic Aztec Empire in Central Africa. With the jungle and pyramids in the background, the game has bright and colorful imagery. The soundtrack is mysteriously haunting and adds to the game’s excitement.

The slot holds an RTP of 96.58%, which is well above the average of 96%. Like most Pragmatic Play slots, this one too comes with high variance. So do not be surprised if you face a long dry spell in the game. The minimum deposit requirement is 20p per spin, while the maximum is fixed at £100 per spin to play the game. In the pokie, the biggest win you can get from a single spin is 20,000x of your total stake. 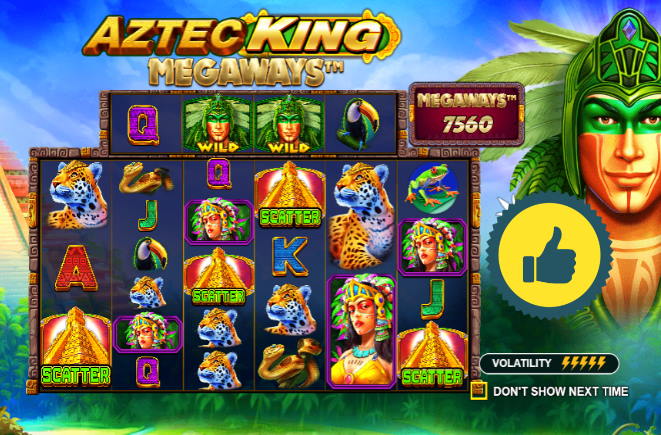 The symbols included in the Aztec King Megaways slot consist of A to 10 Royals and wild creatures like frogs, toucans, snakes, and leopards. The highest-paying symbol is the Aztec Queen. Land 6 Queen symbols in a spin, and you can win 50x of your total stake. The Aztec King plays the role of the wild symbol.

The payouts of Aztec King Megaways with a minimum bet of 20p are as follows: 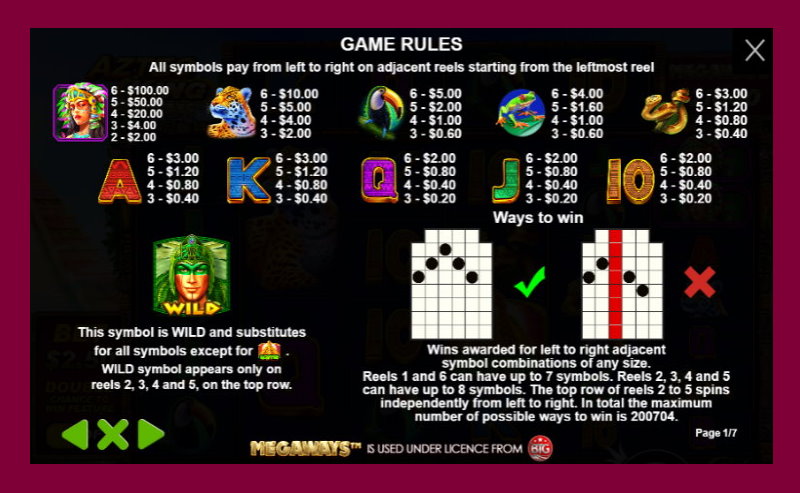 Aztec King Megaways slot has 4 bonus features. They are as follows: 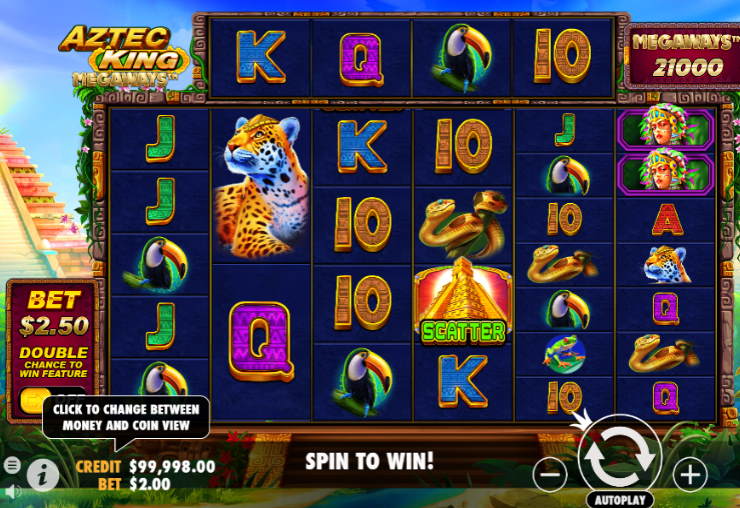 Aztec King Megaways slot is a respected name in the Pragmatic Play games collection. From RTP to payouts, the game performs quite well. Where it makes a significant impact is in the graphics department. Fans of ancient history and exotic places will be equally charmed by this Megaways pokies game.