The Beetlejuice Megaways is game by Barcrest released 21st April 2020. It has a 5 x 6  reels layout using themes from the comedy / fantasy / horror movie of the same name released in 1988. The original movie that starred Michael Keaton, Alec Baldwin, Geena Davis and Winona Ryder was a big hit for Warner Bros. Pictures.

The game has many special symbols like the wild, bonus, and scatter symbols that can unlock the various bonus rounds.

Moreover, the pokies machine uses Megaways reels and you have 248832 ways to make winning combinations. You will also get reel cascades where new symbols will replace the old ones to form new symbol combinations.

Further more, there are lots of free spins that also have multiplier values to boost you pays. The RTP of the online slot is 96.00%, the variance is high, the minimum bet is $/€/£0.10 and the maximum stake is up $/€/£500 if you feel like livin’ it large. 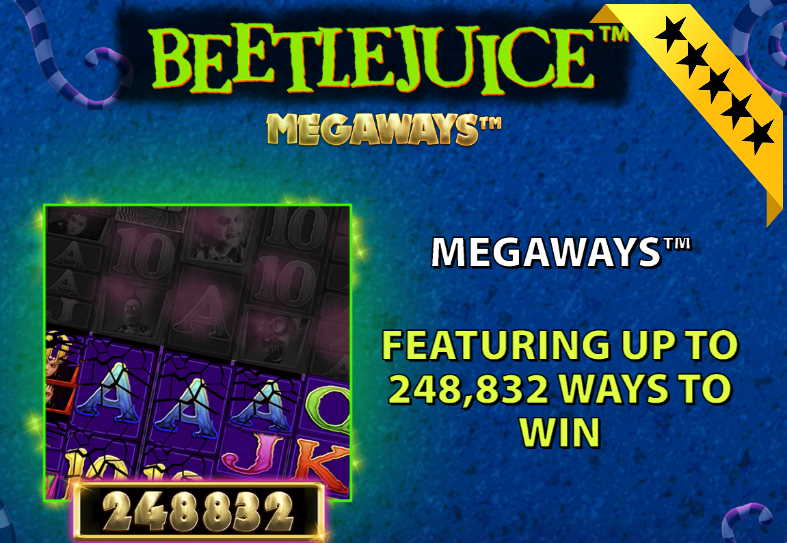 The online slot has lots of ghost symbols that have high symbol values and their payout values are given in the table below. 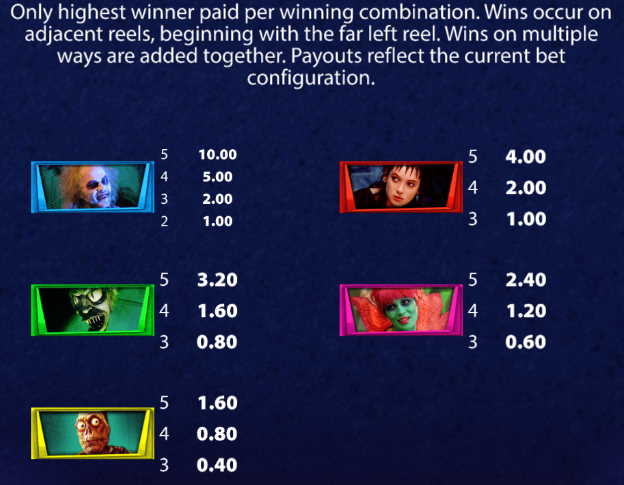 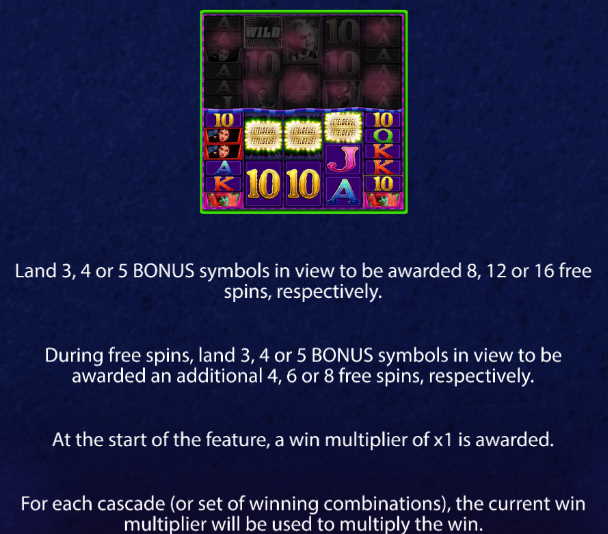 The Beetlejuice Megaways game has many types of bonus rounds like the free spins, reel cascades, ghost bonus, and free spins with multipliers. The details of the special features are given below.

The symbol with wild written on it is the wild symbol and it can appear on all the reels. Moreover, it can replace all other symbols except the bonus and ghost symbols. However, the wild does not have any separate payout value and it requires other symbols to make winning combinations. Further, the wild will replace the symbols only if that symbol is somewhere in view and can create a win using that symbol or if other wilds can form a winning combination using that symbol. 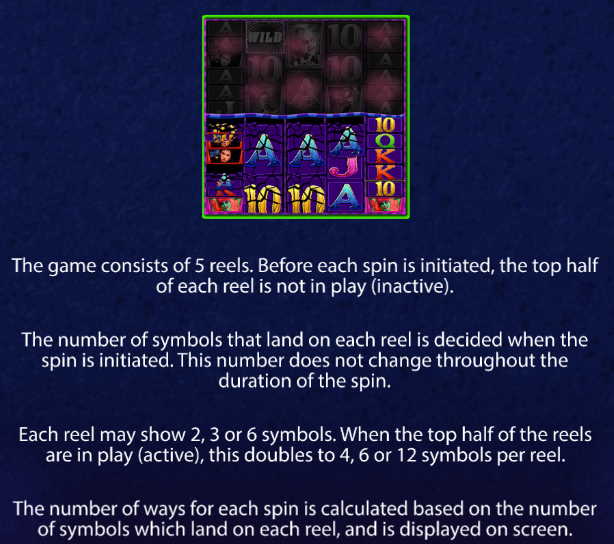 The game uses Megaways mechanic so every spin has up to 248832 ways to make winning combinations. Moreover, the number of symbols on the reels does not affect the payout rate. 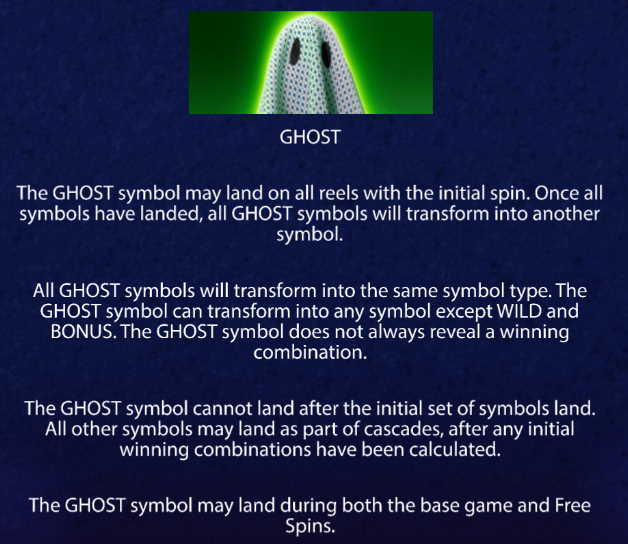 The slot game has 5 reels and the top half of the reels are inactive before the spins. The numbers of symbols that can land on the reels are decided after the spin is started and the number does not change during the duration of the spin. Each reel can have 2, 3, or 6 symbols and when the top half is active, you can get 4, 6, or 12 symbols on the reels.

3, 4, or 5 bonus scatters will give you 8, 12, or 16 free spins and the further bonus symbols will award more free spins. You will also get a win multiplier of 1x and it will increase after every cascade round. 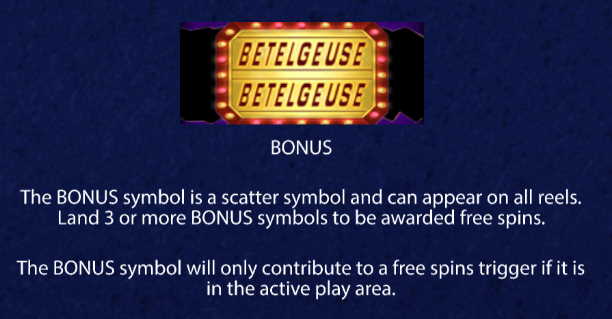 The Beetlejuice Megaways pokies game by Barcrest has loads of special rounds like the free spins with increasing multipliers, cascading reels, and ghost scatters. Moreover, the slot also has a high RTP rate of 96.00% but remember it has high variance. So considering all the bonus features and the fun theme it’s well worth a play. 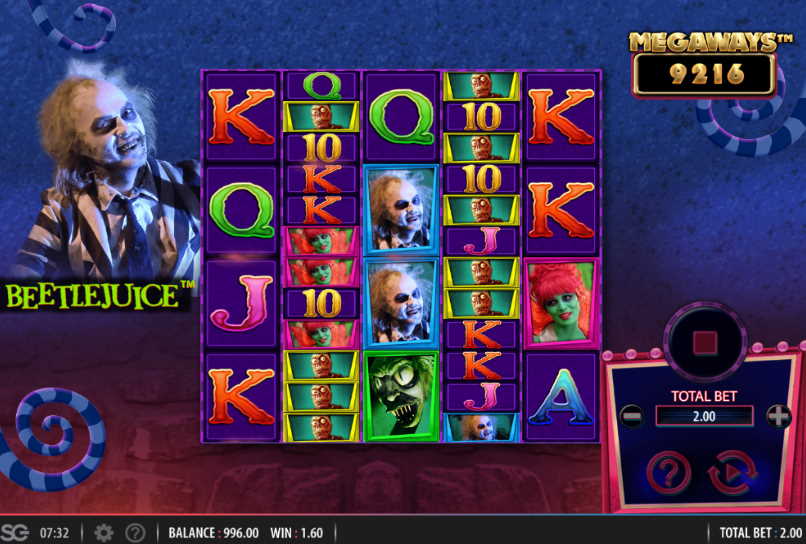