This game has a RTP of between 94.516% and 94.606%, a high variance along with 243 ways to win, the Choy Sun Doa pokies game is one of the more popular Asian themed slots from Aristocrat Technology. Furthermore, this game is based on Caishen – the God of Wealth, a 5×3 layout makes it a simple game to play.

Having been available in land casinos since 2002 and the free play online Choy Sun Doa was released in 2014, the game is a golden oldie that players have loved for more than 20 years now.

Choy Sun Doa has five-reel columns and rows with three symbols in each reel. Just like when playing other popular Asian themed games like 5 Dragons, this game comes with generous payouts.

Each of these symbols has its specific rewards. For example, the God of wealth symbol acts as Wild, which replaces all the other symbols save Scatter. It usually appears on reels 2, 3, and 4. The golden ingot symbol represents Scatter and appears on reels 3,4 or 5. 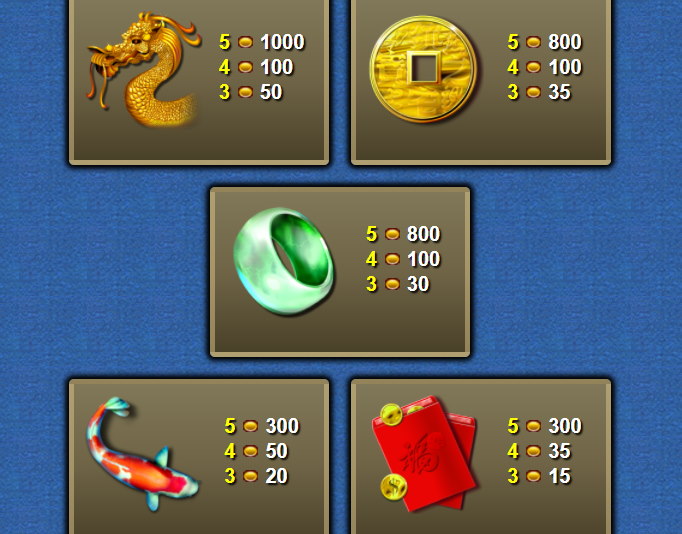 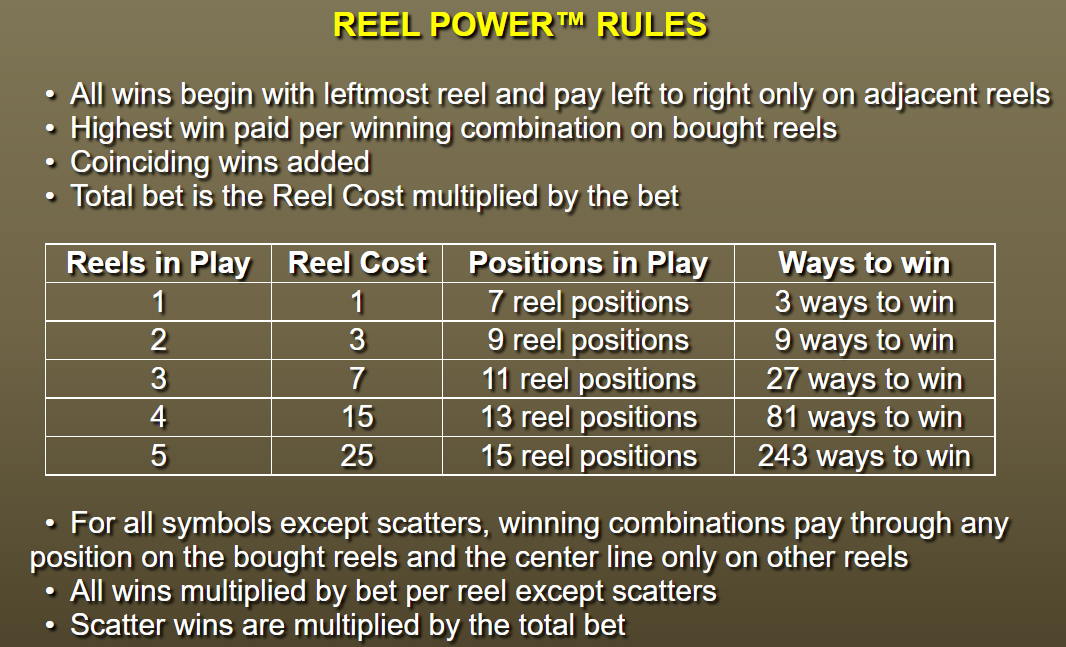 With Free Games, you have five options: 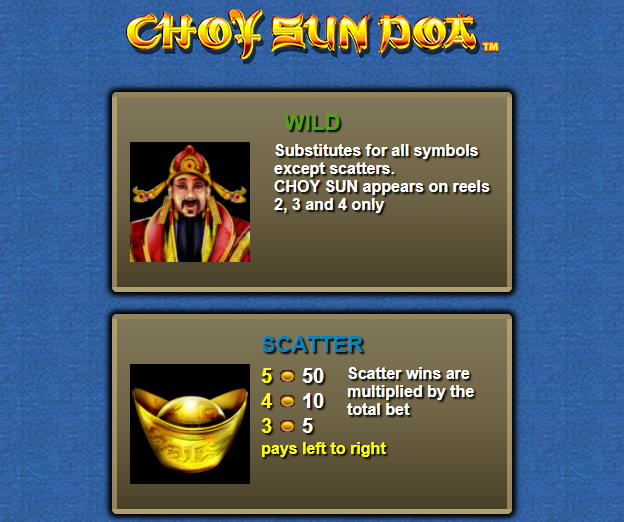 The Choy Sun Doa pokies game is not yet available online for real money gaming, not to worry keep the bucks in your pocket – just play the free Choy Sun Doa slot machine direct from our site today.

As you can see, Choy Sun Doa is a ripper pokies game that has great potential for some good wins. It’s an older game from Aristocrat but still if you are looking for an awesome Oriental genre pokies machine then this is your go-to game to play for free or real moolah at select Aristocrat online casinos.