The Dragon Emperor slot was released in the year of 2013 by Aristocrat. It comes with a setup of 5 reels, 3 rows and 30 paylines. The RTP is set at 95.19%, with medium to high volatility. This pokies game has a beautifully designed Asian theme, displaying symbols from Ancient China. You can bet as little as $0.01, the maximum being $0.20. As for the features, it has just two: 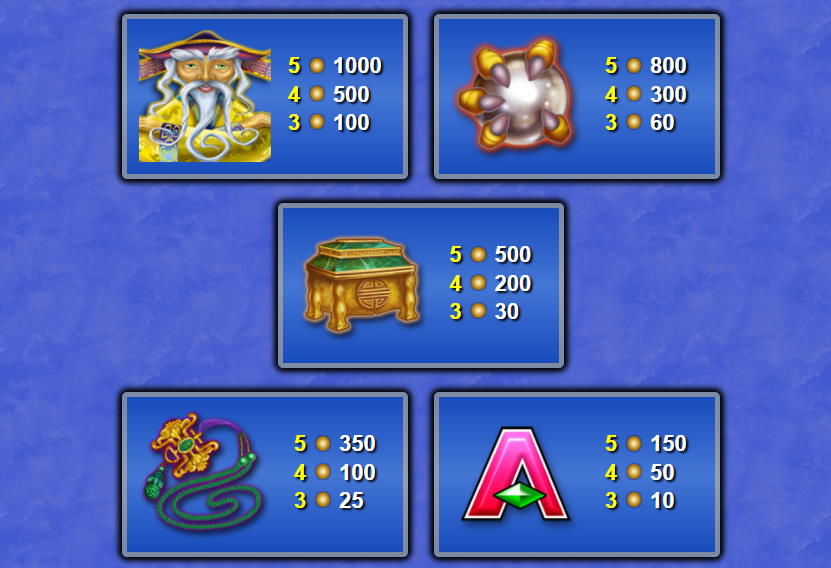 Given the theme, you should expect a lot of old Chinese symbolism. You will find icons such as jade pendants, jade chests and even dragon claws. There are also two special icons that will boost your wins and trigger special features – the dragon as the wild and the golden square as the scatter.

You will also find a series of medium paying symbols, as illustrated in the table below:

All of these icons are joined by a set of four low paying symbols, as follows: 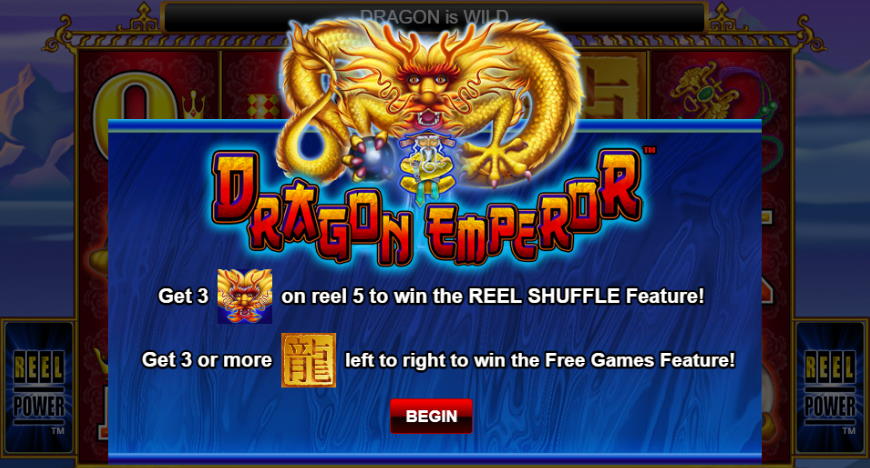 As any other online slot, Dragon Emperor comes with some special features that will help you boost your wins. The first one is called the Free Games Feature and can be triggered by landing 5, 4 or 3 scatters in the same lucky spin.

The second, and equally interesting feature of this online slot is called Reel Shuffle and it works like this: 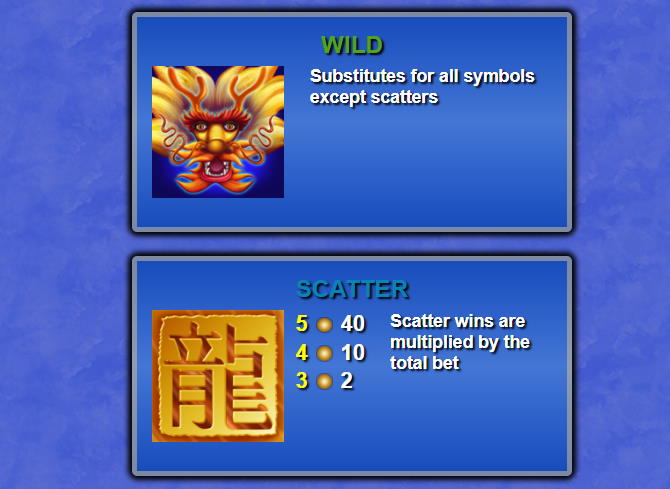 You can enjoy the free play demo version of Dragon Emperor pokies on our site but you cannot play this game for real money online.

While seemingly simplistic, the Dragon Emperor slot game has plenty of things to make it worth your while. The two bonus features are enough to keep players spinning for more, while the volatility makes it a good fit for those gamblers who enjoy the thrill of a riskier pokies machine.