King of Cats is an online pokes game by Big Time Gaming that is based on the Megaways ways to win mechanic. The game comes with 6 reels and up to 117,649 ways to win. This is the first slot to use the Playselect engine which is really cool. This game release towers way above the average Megaways games. It has an RTP of 96.70%. Its minimum and the maximum betting amount is $/€/£ 0.2 and $/€/£ 20. 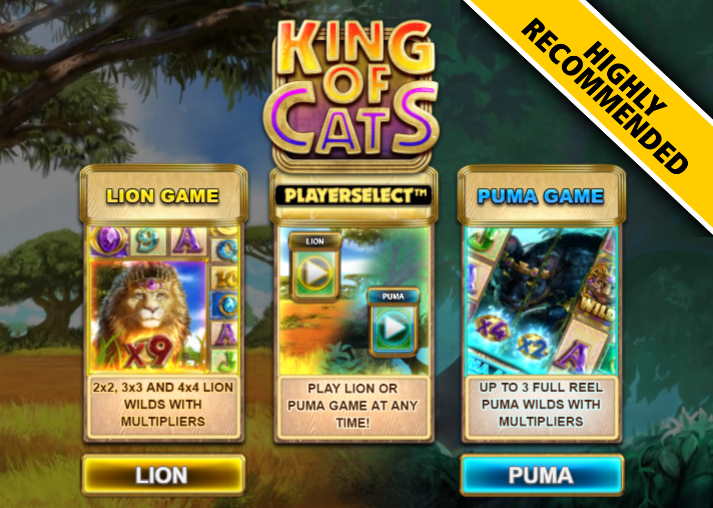 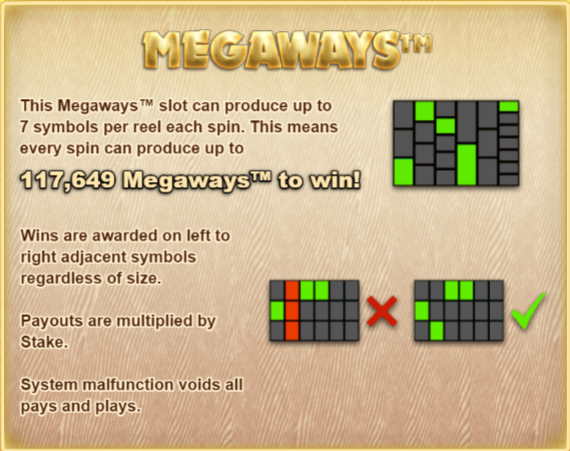 THE PAYOUT FOR BASE GAME SYMBOLS

The theme is African Wilderness but the symbols are regular gems. As the low-value symbols, you will get to see A to 10 card royals. The high-value symbols in the game are a purple gem, red gem, blue gem, and green gem. 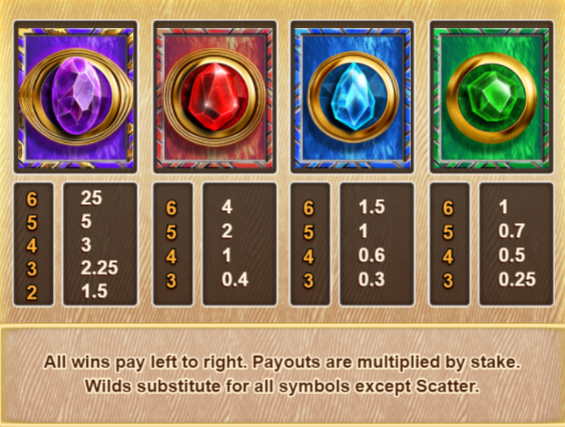 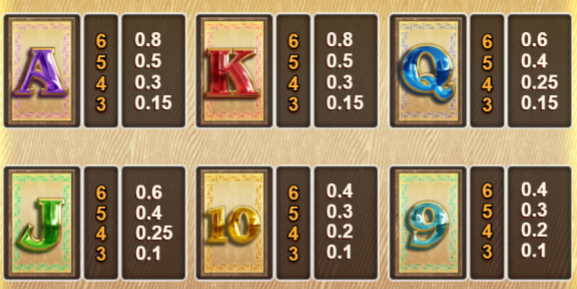 King of Cats has some unique features to entertain you. It also assists in improving your winning potential when playing.

This is the first choice you are given when you launch the game. You have to choose between the lion game and the puma game. Remember, the RTP for each of these modes vary a little. Also, they come with their own features and modifiers. 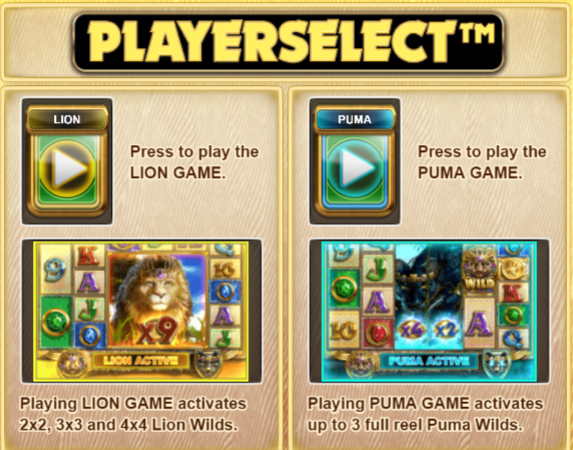 If you play the lion game, it will activate 2×2, 3×3, and 4×4 lion wilds and playing the puma game will activate up to 3 full reel puma wilds. 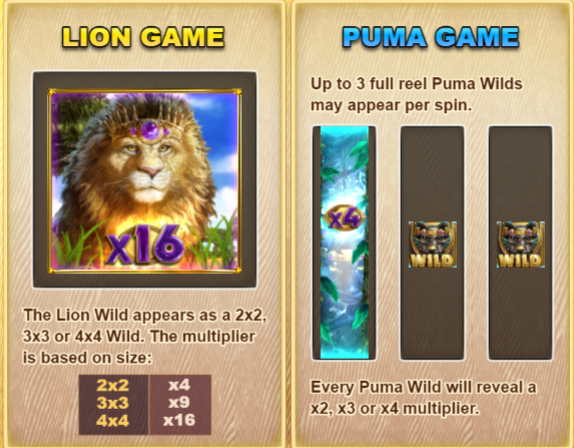 If you land 3 or more scatter on the reels, you can retrigger this round. 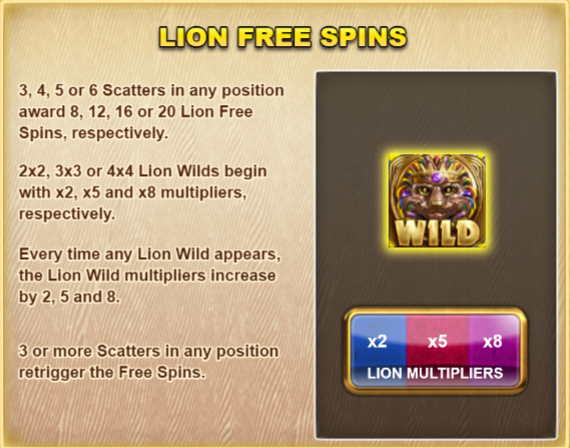 Up to 3 full reels, puma wild might appear in each spin. Each puma wilds reveal a 2x, 3x, or 4x multiplier.

3 or more scatter on any position on the reel can retrigger this round. So, you can win more free spins. 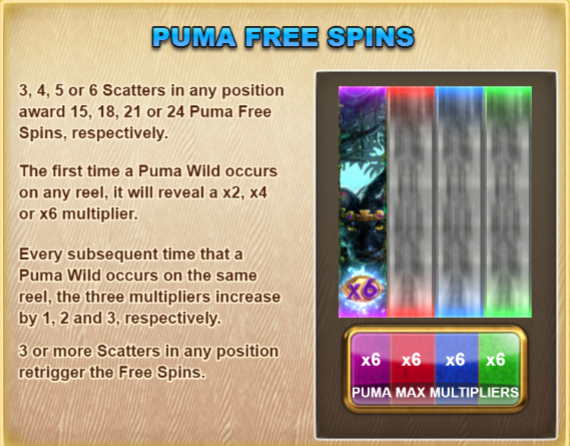 The wild can substitute all the other icons in the game except for the scatter. Wild only occur on the 2nd and 5th reel. 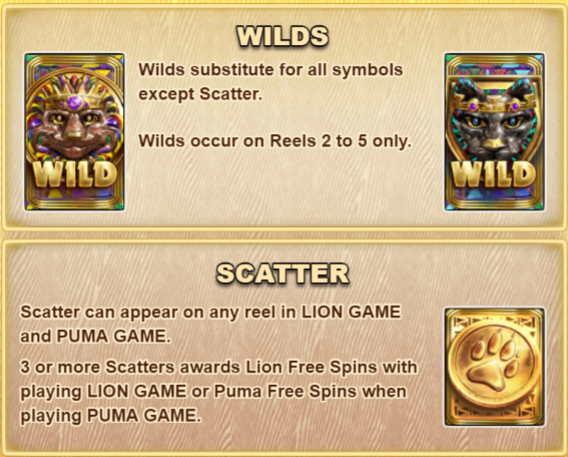 In present times, the Megaways mechanic has become very common. New ones are being added every week or so, However, the fact that Big Time Gaming added something a bit different makes King of Cats worth trying out

There are two game models that have been rolled into an interesting concept. This game is more exciting than other games out there and the software developer has added two different bonuses.

There are two wilds but each of them come with a similar concept. Both are multiplier wild. During the free spins round, the wild increases. Thus, you will feel like you are getting rewarded when you trigger any one of the bonuses. In the bonus round, the wild multiplier might increase. Usually, the multiplier increases at an increment of 1 but here they increase by 8 so some great pays can be had.

We really like this game and the free play version on our site is fun but the real money version is even better. 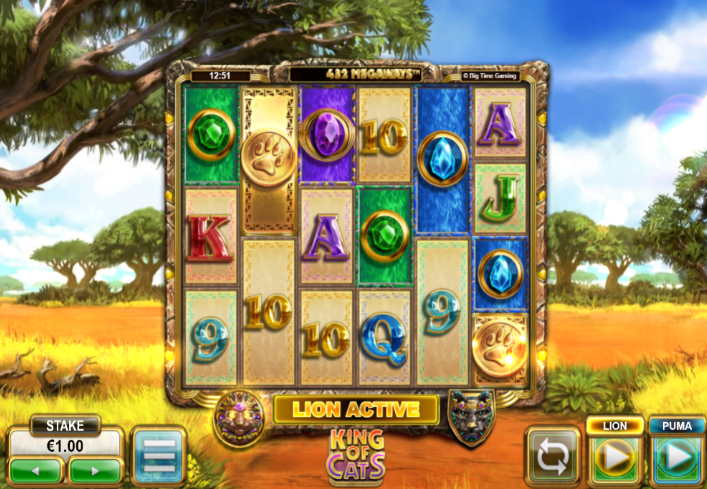