Queen of the Nile 2

Queen of the Nile 2 is a sequel to the slot of the same name. The theme is actually very much the same in vibe and elements to the original game.

The symbols are the same but they are more detailed and look more advanced in this release. The game has a RTP of 95.638%, and with 5 reels and 25 paylines it’s dead simple to play. This game hit the casino floors in land casinos about the year of 2000.

The symbols of the game are based on Ancient Egypt. The most valuable symbol of them all is Cleopatra and when present, it will double the winnings which is a nice addition and common in slots developed by Aristocrat studios. Below is a table with all the symbols and all the payouts each one provides.

The game also has a scatter symbol which will help players win even more but multiplying the winnings by a total bet when this symbol is present. It is represented by 2 pyramids. 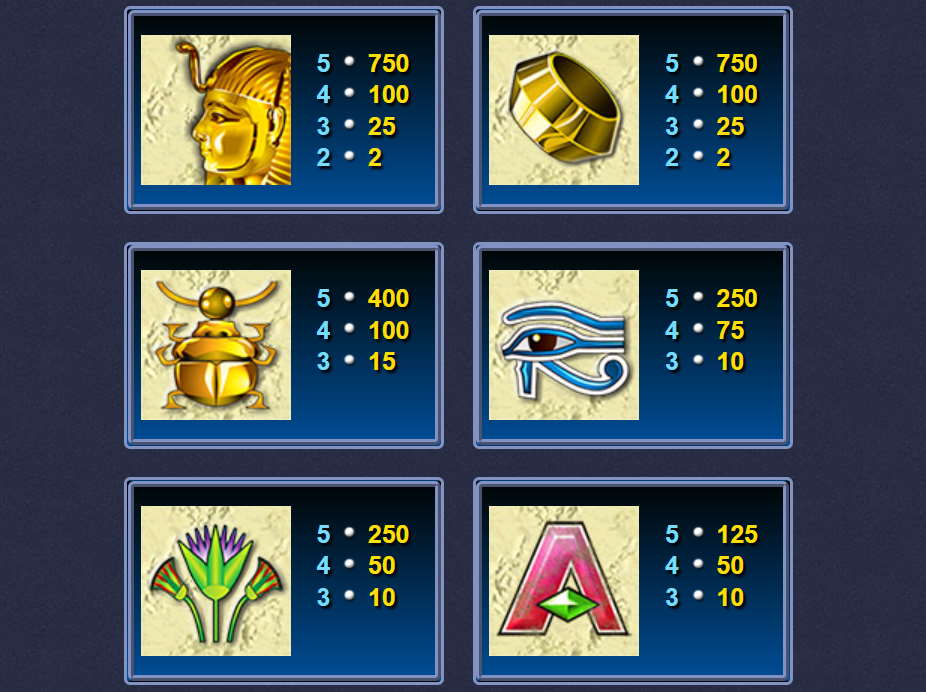 QUEEN OF THE NILE 2 PAYLINES

Players have the ability to use a free game selector. Available options are:

Free games are possible when the Pyramid symbol is present in the reels. You need 3 or more to activate this feature. The gamble feature that was present in the previous versions of the slot was removed. 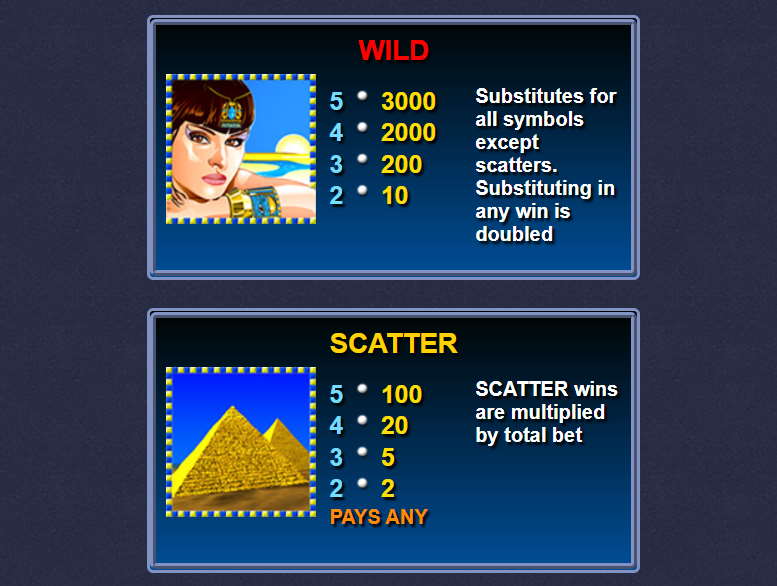 QUEEN OF THE NILE 2 ONLINE FREE OR REAL

The Queen Of The Nile 2 pokies game is not available at Aristocrat powered online casinos for real money betting, don’t worry keep the cash in your pocket – just enjoy the free Queen Of The Nile 2 slot machine from our site today with no-sign ups or downloads needed to enjoy it.

OTHER QUEEN OF THE NILE POKIES

Queen of the Nile 2 is an impressive pokies machine that comes with great graphics, free spins, and a multiplier. It has all the basic elements that you will ever need and it is a great game to play in general. After all, there are 8 games sharing the same name and vibe so you can see these were very popular back in the day among casino players.