Queen of the Nile

Queen Of The Nile is a video pokie developed by Aristocrat and it is one of the most popular slots from them. There is also a sequel to this game called Queen Of The Nile II. Anyway, the original version comes with 5 reels and 2o paylines. The RTP is 94.88% which is average. You can win up to 9000 coins in one spin.

The theme is as you would expect for an Egyptian vibded pokie. The game is based in Ancient Egypt and comes with matching symbols and a detailed theme and story. You will enjoy the reels placed in the desert and the symbols that are extraordinary. Take a blast from the past on this classic Aristocrat pokies machine for free, it first released way back in 1997 on the casino floors around the world.

All the symbols of the game are developed to match the main theme. As such, we can see hieroglyphs that are provided in nice graphics and low-value symbols that were optimized for use in this slot. Keep in mind that low-value symbols substitute playing cards. Below is a table with all the icons and all the payouts each one has to offer.

The Cleopatra symbol is the wild symbol in the game and it can substitute any other symbol except the scatter.  If a winning combination has this symbol the winning is doubled. 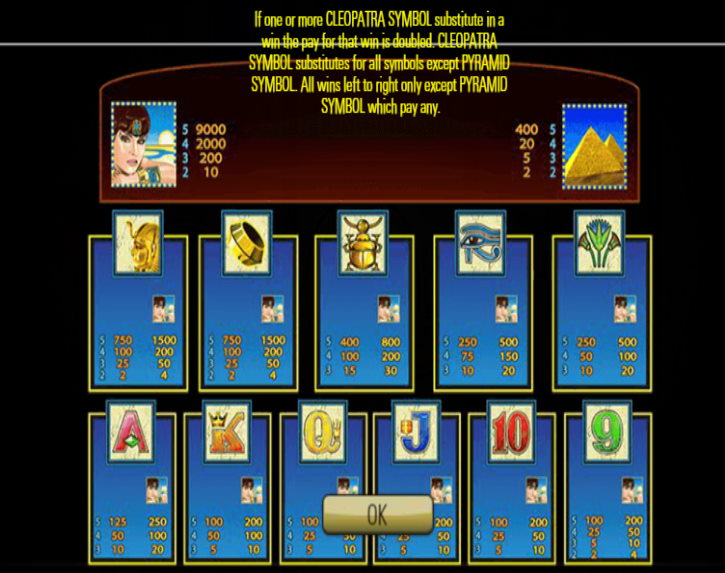 The pyramid is a scatter symbol in the game and it can be used to activate free spins. Players need between 3 and 5 symbols of the kind to activate 15 free spins. All winnings during this mode are multiplied by 3 times and you can retrigger the feature.

There is a gamble feature as well. This is activated after a winning combination and a player can choose the color or the suit of a playing card. A correct color will give 2 times multiplier, while a correct suit will make the winning 4 times higher.

QUEEN OF THE NILE PAYLINES 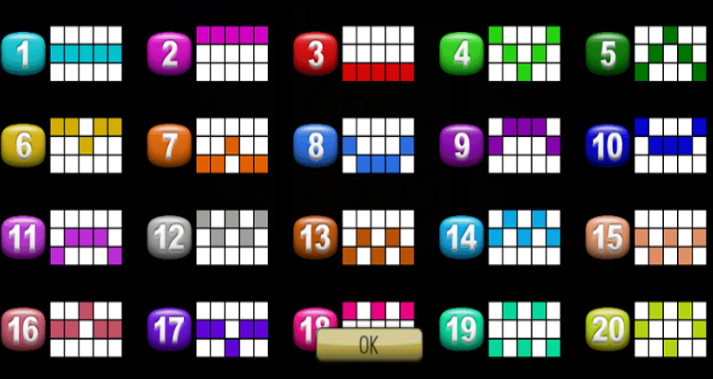 QUEEN OF THE NILE ONLINE FREE OR REAL PLAY

The Queen Of The Nile pokies game is not available at Aristocrat powered online casinos for real money betting,  don’t worry keep the cash in your pocket – just enjoy the free Queen Of The Nile slot machine direct from our site today with no-sign ups or downloads needed.

Queen Of The Nile is one of the most popular Cleopatra themed pokies that Aristocrat has to offer. We can see three sequels of the game and we can deduce why they were developed. The game is rich in basic features and has a detailed and nice user interface. A classic simple game, a bit on the old side but nothing wrong with that we say! 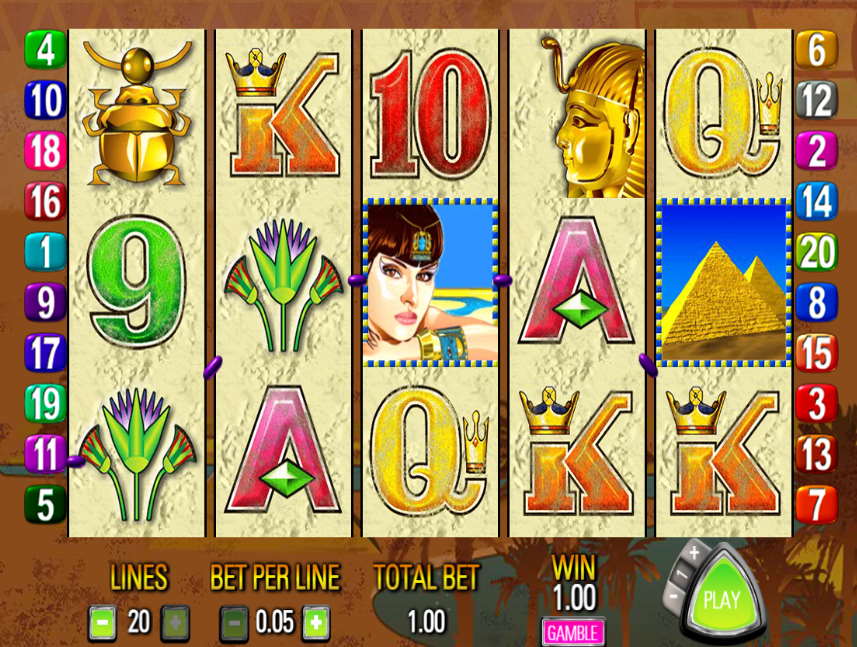