Twin Spin Megaways is another hit release by NetEnt. It has 6 reels and up to 117649 ways to win. Players will get to enjoy features, such as cascading reels, free spins, synced reels, and multiplier wilds. The betting range in this pokies game is $/€/ 0.10 and $/€/ 100, making it suitable for high rollers, as well as casual players. The RTP of this game is 96.04% so quite nice indeed. 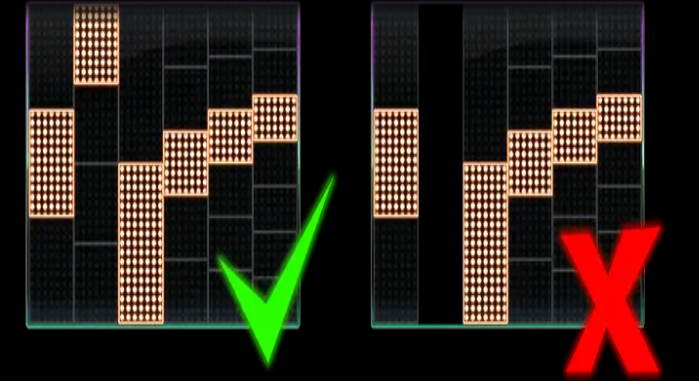 THE PAYOUT FOR BASE GAME SYMBOLS

On the reels, you will get to see some classic fruit symbols. These are cherries, bell, bar and lucky 7. The low-value symbols are card royals A to 9. Check out the payout for each symbol in this paytable. 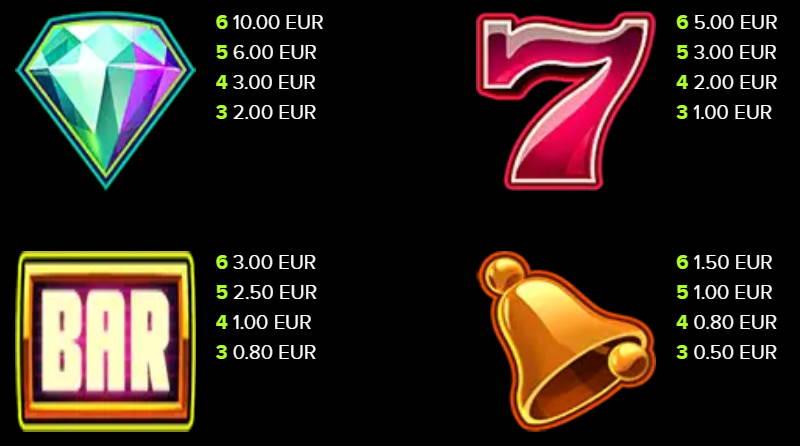 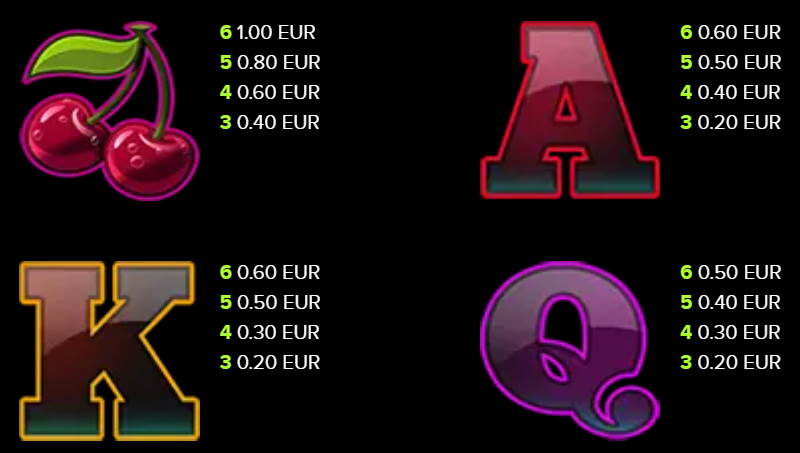 NetEnt has given a new dimension to this new Twin Spin pokies gameplay. Here is a low down on the features it offers.

During each spin, two or more adjacent reels are selected at the start. These are the Twin Reels. These are linked during the spin and improve your winning chances.

After a win, each symbol that is a part of the winning combination disappears and makes space. New symbols falling from above take their place. During this feature, the icons drop into position instead of spinning. The feature will continue till you have no more wins left on the reels.

Wild symbols might appear on the 2nd, 3rd, 4th, 5th, or 6th reel and replace all the other icons in the game except for the scatter. In free spins, the Wild might come with a 2x or 3x multiplier.

Wild multipliers 2x and 3x add occurrences of the win symbols on the reels. So, they can appear when they are a part of the winning combo. 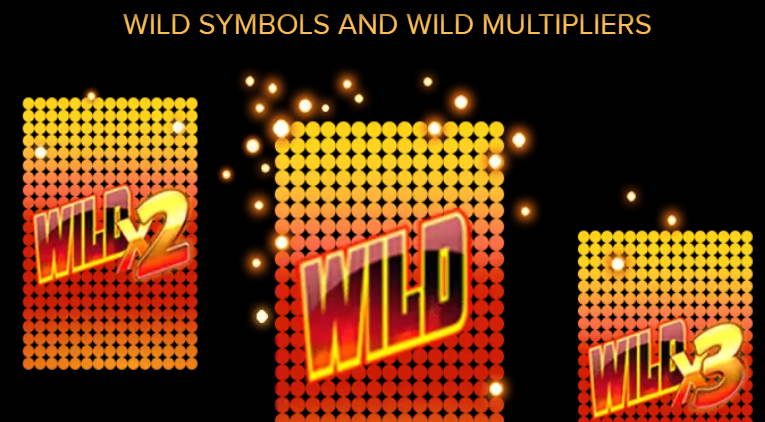 In the base game land 5 or more Scatter to win 15 Free Spins. You have the chance to retrigger it. If you land 5 more scatters during this round, you can activate 15 more free spins.

In case more than 5 scatters appear on the reels in the base game and in the free spins, every additional scatter symbol will add an extra free spin. 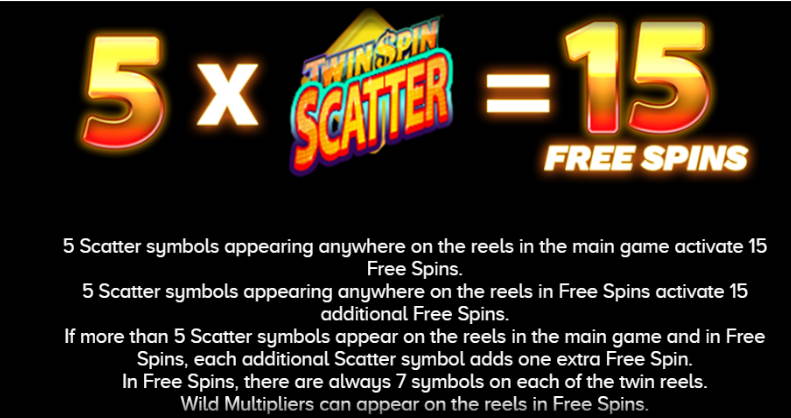 During the free spins round or the base game, the number of symbols on each reel is chosen randomly. Each reel has 2-7 symbols landing on it. Matching symbols on 3 or more adjacent reels in any position from the leftmost to the rightmost reel lead to Megaways win.

When the wins are evaluated, every symbol on the reel will be counted as one, irrespective of its size on the reel, other than the symbols that have a multiplier. You get more wins when additional instances of the symbol land on the same reel.

Twin Spin Megaways by NetEnt is a very successful remake of the classic popular slot. It combines all things that gamblers love about the original game but has also included some modern and trendier features. Thus, it can appeal to a wide range of players.

The base game has cascading reels and this is is a simple feature that enhances the entire gameplay. When coupled with the twin reels function, the base game is super fun. Its free spins round also comes with great winning potential. However, it might take some time before you can trigger it.

A majority of the Megaways slots needs just 4 bonus symbols for triggering free spins but this slot requires you to land 5 bonus symbols to trigger these free spins. You have to be lucky to activate it we found in our testing but maybe you will be luckier than us. 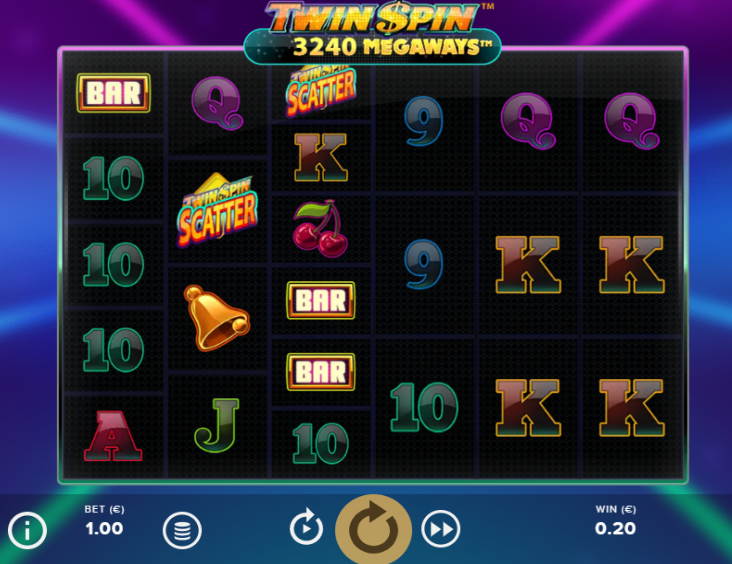