If you love Alice in Wonderland themed slot games, this Big Time Gaming title is for you. Released in 2017, this game is of high variance. It has an RTP that ranges between 97.24% to 97.77%. Besides a classic childhood theme, you also get to enjoy heaps of bonuses like feature drops, extending reels and the Megaways ways to win. 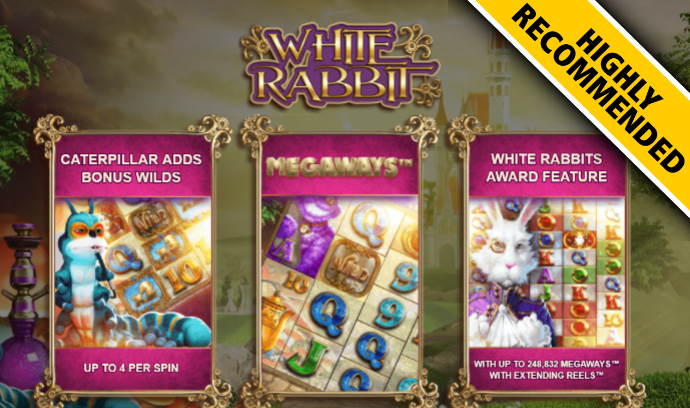 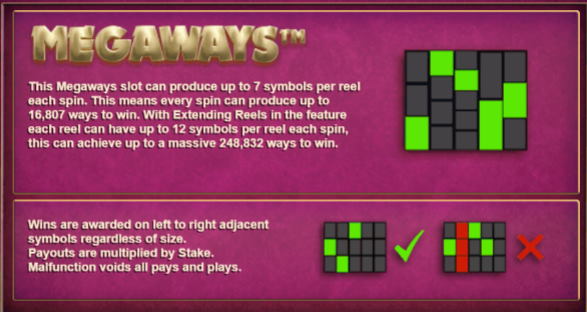 PAYOUTS FOR BASE GAME SYMBOLS

The White Rabbit BTG slot game has familiar characters of the Lewis Carol book, such as the Cheshire cat, the white rabbit, the queen and the smoking caterpillar. The latter is a special icon that helps add bonus wilds to the game. White rabbits can award features such as extending reels which bring on the Megaways ways to win big time. 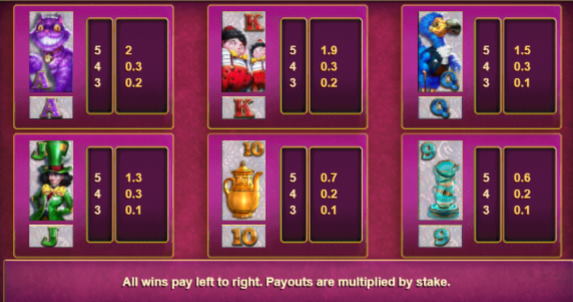 This mechanism can produce a maximum of 7 icons on a line during each spin. As a result, each spin can get you 16807 ways of winning. This combined with extending reels feature can add up to 12 icons in each spin and per line. As a result, the maximum win you can get is 248,832 ways.

This is a special aspect that Big Time Gaming adds to many of their slots. It adds on extra icons which come on during the special game. It also increases ways of winning hugely. 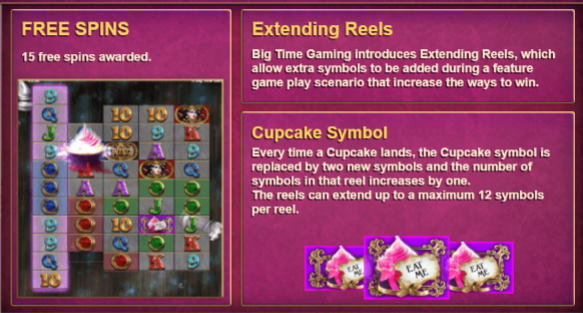 This is a round you can buy in during the game. When you opt for it extra icons appear on the lines. The price at which you can buy it is displayed on the button called Feature Drop. When you purchase it at full price RTP is 97.77%. When the price drops at zero then RTP becomes 97.24%. In certain regions casinos might not have the buy option and that fixes the RTP at the lower range. 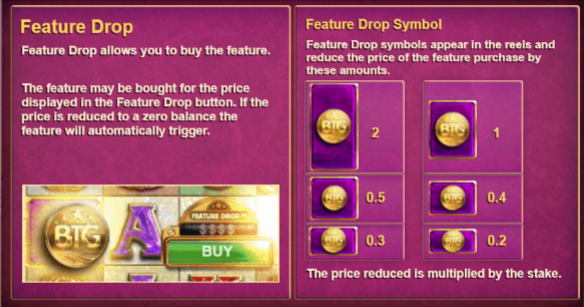 These symbols appear on 2,3,4,5 paylines. They substitute for other icons except for feature drop, cupcake and scatter icons. 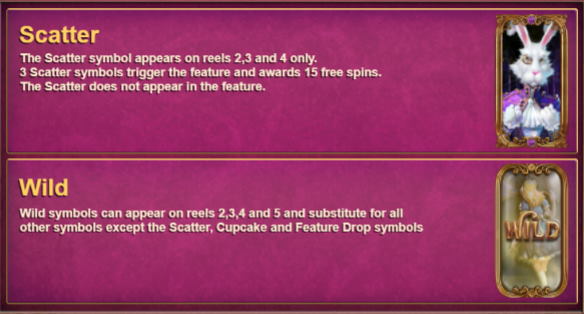 The caterpillar can appear during the base game rounds and add on up to 4 bonus wilds. These help increase symbol combinations from 2 to 3. They also substitute for other signs except for bonus drop and scatter.  A bonus wild can appear during reels 2,3,4,5. 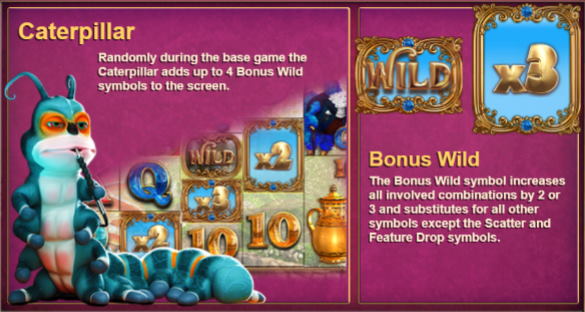 This appears on reels 2, 3, 4. Three can activate a bonus round of free spins.

This is the other bonus feature here. You can get 15 free spins when 3 scatters appear. These can occur when there are 5 or 7 symbols on the lines. During the free rounds scatter or feature drop symbols do not appear. The cupcake symbol appears during these free rounds.

When a payline gets 12 signs which is the maximum limit, the special round gets re-triggered. You also get additional free spins, between 3 to 12. You can get this retrigger up to 5 times. 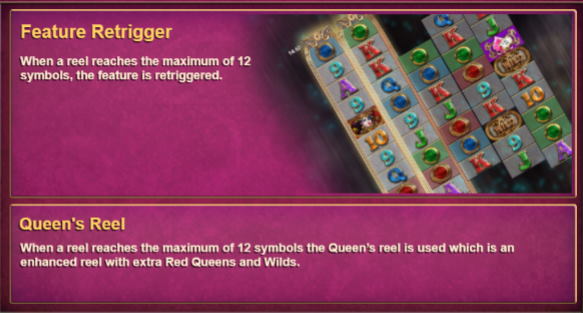 This is an enhanced reel that comes on when the lines reach a maximum of 12 symbols. The enhanced line contains extra wilds and red queens.

White Rabbit by BTG is a fun slot with Megaways, feature drops, bonus wilds and free spins. This game has several special characteristics that are sure to keep players entertained for a long time in the demo play mode or for real money cash select online pokies casinos here. 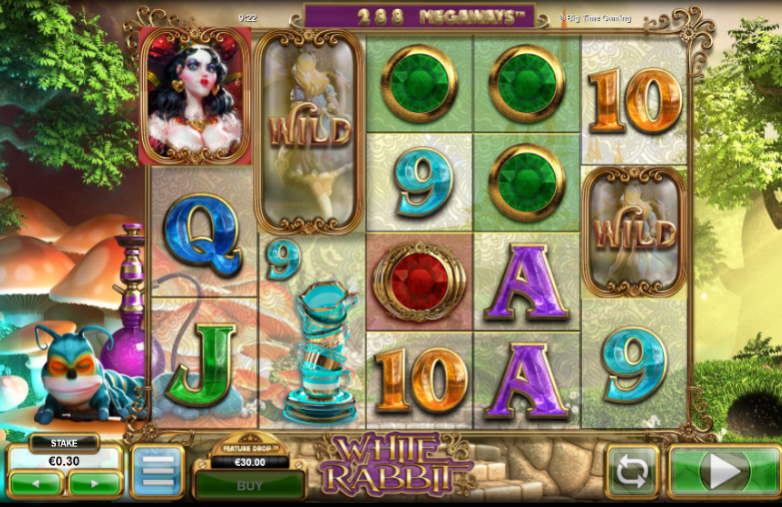