Golden Century is a slot game that you can play at Heart of Vegas. It is a social social pokie where you use coins of no money value to play.

You can buy extra coins in the Heart of Vegas app or collect them from your player account at set times or watch a few video ads to get more coins to play with. 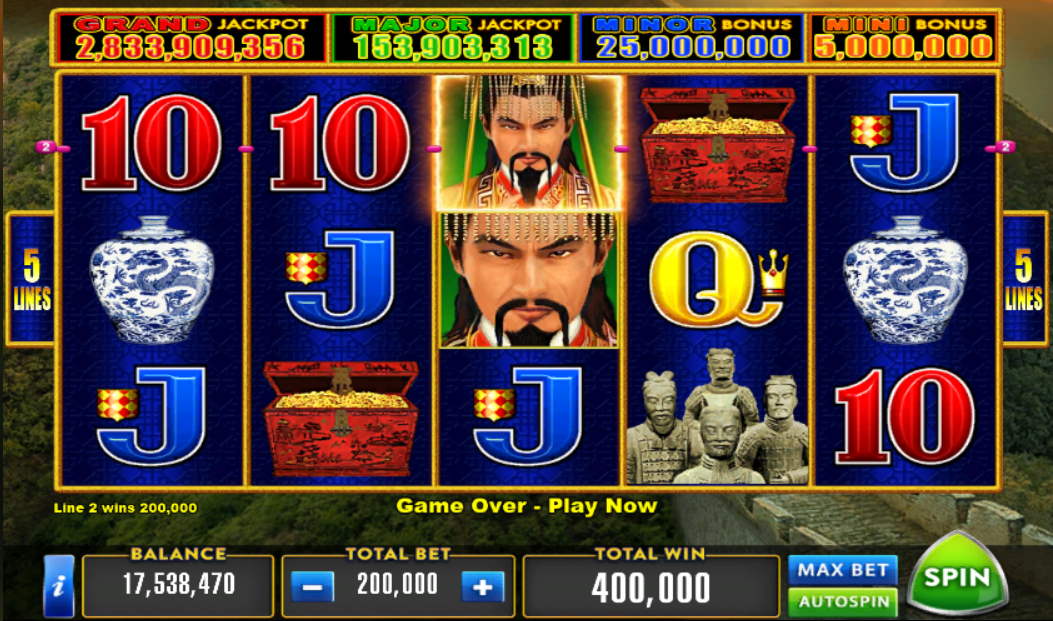 Golden Century is a 5-reel slot with five fixed paylines. It has four jackpots, a wild symbol, a scatter symbol, and free spins bonuses. Set in ancient China, the symbols you will spin here are about the Qin Dynasty such as the Emperor, the Terracotta statues, vases, and treasures of golden coins.

There are 11 total symbols that will spin on the reels. Four of these are high-value, three are special, and five are low-value symbols.

The high-value symbols are:

The five low-value symbols are 9 to K and they pay between 5x and 75x per line bet.

Here is the paytable. All pays are expressed as multiplier, and they shall be applied to your line bet.

The wagers is 10,000 and 20,000 coins. This bet represents your wager for the round. To determine your line bet, just divide your chosen bet by five.

To win, you need to land at least two same symbols on adjacent reels. They have to fall on specific positions as per the pay line design. The slot only pays from left to right, with the exception of the scatter symbol.

Here are the game features:

All pays are in multipliers against your total bet. You have to land at least three scatter symbols to win six free spins.

During the free games, a door will randomly appear several times. This door is a mystery symbol that will change into a regular symbol at the end of the bonus round, giving your more chances to form a winning combo. The wild also pays coins during the free spins bonus.

There are four jackpots in the game. The mini and minor are randomly won during the hold and spin. They are fixed jackpots but the grand and major are progressive.

You will win the grand jackpot if you manage to have 15 orbs and the major if you landed 15 orbs plus a major jackpot symbol. The minor and mini are randomly awarded in the bonus round.

We will rate this free Aristocrat pokies game with 8.6 out of 10. It has four levels of jackpots, and it only takes one opportunity to trigger a jackpot win. The key to winning is the orb, which drops randomly on the grid so the chances are quite high compared to one-symbol jackpots.

It is also a great thing that you only need two high-value symbols to win, as opposed to the standard in most slot machines, which is three symbols. Overall this is a cracker slot from Aristocrat to play for cash or just some free fun on FB. 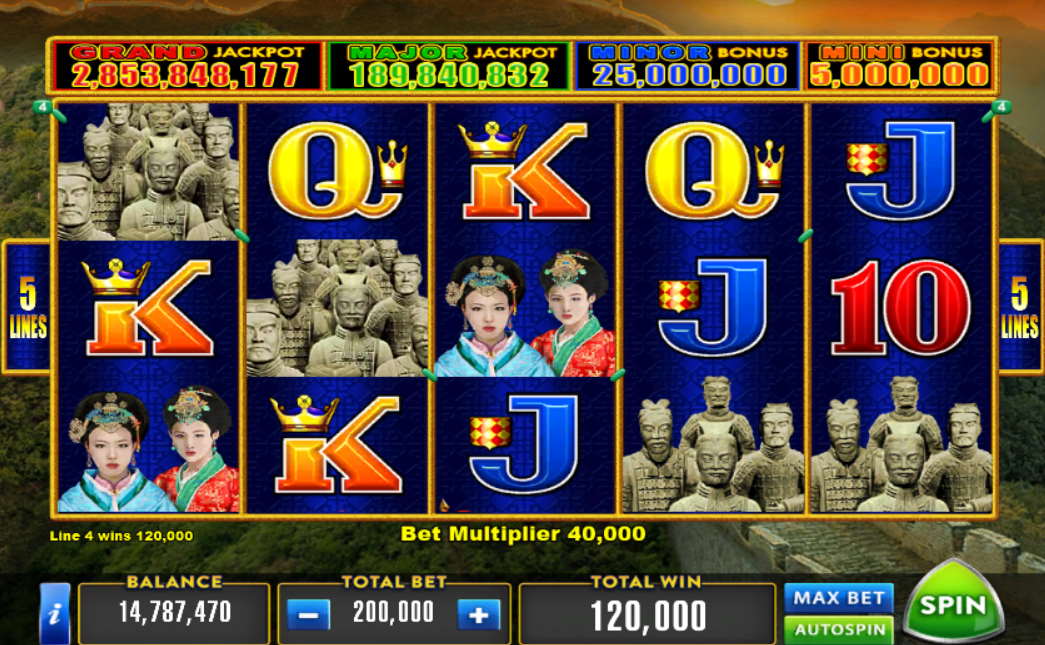