50 Dragons is a ripper pokies game developed by a famous company in Australia aka Aristocrat, which is the same company that created the equally well-known 50 Lions slot game.

In fact, the two share highly similar betting rules and paylines. It is their themes, designs and interfaces that serve to distinguish one from the other. 50 Dragons leans more towards an Oriental theme, with traditional Asian motifs set in Aristocrat’s exciting game reel format.

The player can liberally choose to play from 1 to 50 of the available paylines. Wins per payline are automatically multiplied by the total bet you set before spinning. Take note that the highest win is the only one that would be counted on the wager lines you’ve chosen.

If you win on more than one or different paylines, your total winnings would be added. Wins from Left to Right are counted as per regular pokies machines rules. 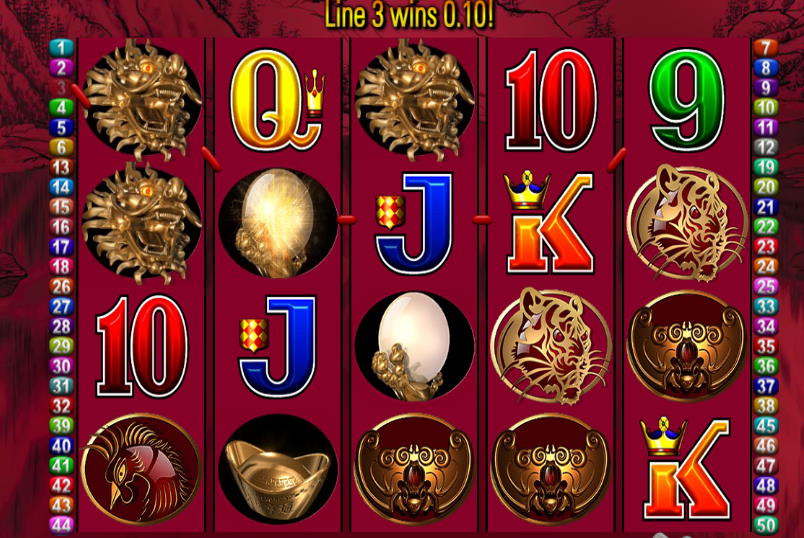 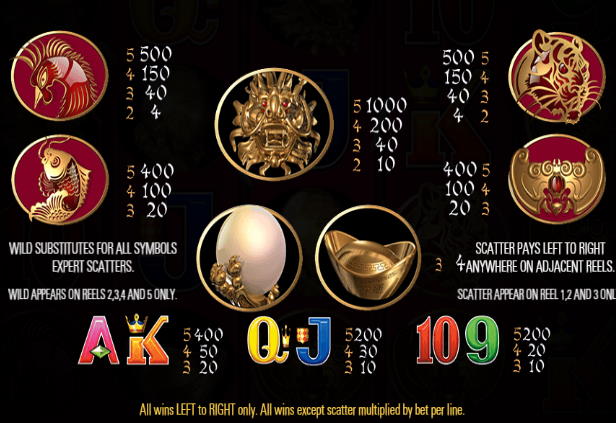 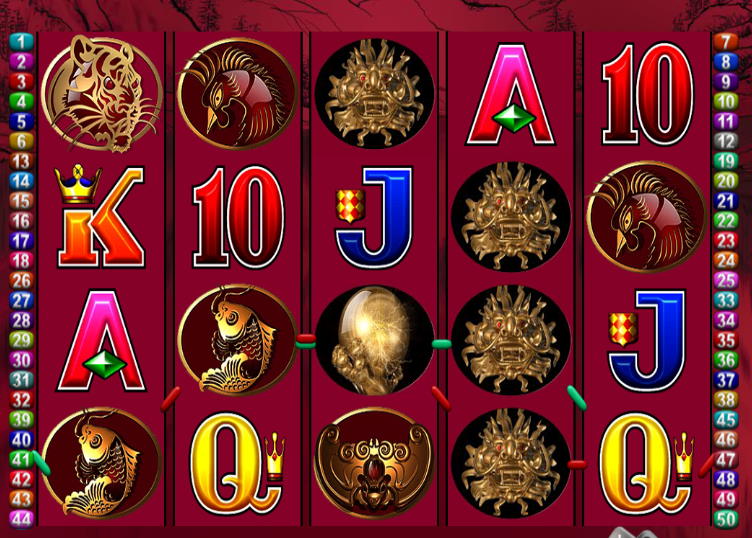 This game is not as good as the first 5 Dragons pokies machine in our opinion but it is still worth a little gaming action – hooray!

My sister Julie really enjoys have a punt on this game at her local Sydney football club. Her other Aristocrat and IGT “go too” poker machines are Black Panther, Tiki Torch, Jaws, Spring Carnival, Can Can de Paris, Wicked Winnings, Penguin Pays and the ripper Black Widow.