The superb graphics compliment the intricate design of the bonus features in Run with the Wolves Quad Shot video slots game by Ainsworth. If you like the IGT Wolf Run pokie then this is you go-to game to play.

Majestically displayed over 5 reels and 25 paylines this is another awesome medium variance slot game in the Quad Shot series of pokies machines from the Aussie company Ainsworth.

You can activate one of 3 bonus rounds when 3 or more scatters land simultaneously on the reels. The choice of which feature is to be activated remains up to the player. The first bonus feature awards you with 20 free spins, the second is 12 free spins and a 2x multiplier in wins and the third is 8 free spins with a 3x multiplier in winning combinations. 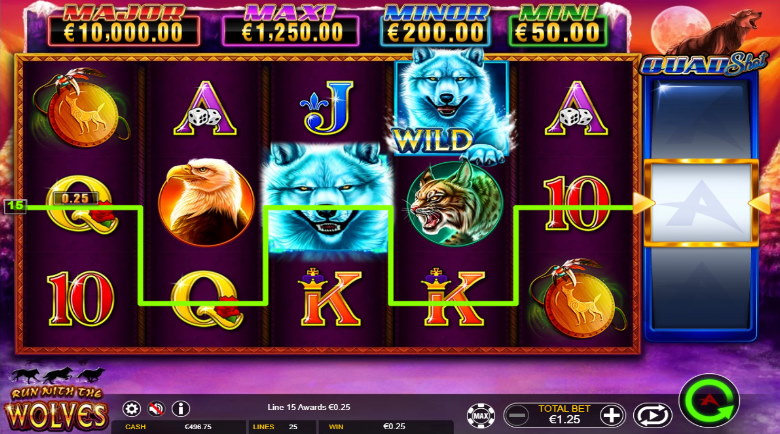 The base game is just as interesting as the multitude of bonus features. You can expect hours of entertainment from this modern video slots creation from Ainsworth.

With an RTP of 94.41% and medium variance you can also expect frequent payouts and winning combinations being paid. 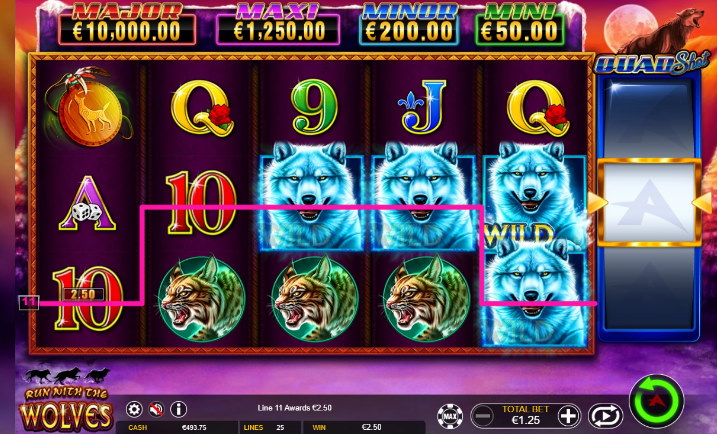