Timber Wolf joins Aristocrats titles that come with ‘Extreme Reel Power’ feature. This slot is played on a format with five reels, three rows and 1024 possible ways to win.

It comes with a beautiful winter theme, and the reels feature an array of symbols such as the Wolf, a deer as well as traditional card symbols A through 9. Watch out for the howling wolf symbol in the game for it awards the highest payout.

Timber Wolf slot can be played either instantly through web browsers, or you can download an application on your devices from Google Store and Apple Store. Read our review to discover more about the symbol payouts, bonus features, and the rules of playing.

Aristocrat slots manufacturers have used an arctic theme which makes this online slot game visually appealing. The reels are set on a light pink backdrop and feature several symbols like the Deer, a house, a moon, a man, and an owl.

These are joined by different face cards such as K, Q, J, 10, and 9. It has a standard soundtrack and several sound effects which adds a fan to the gameplay. This is an easy to play video slot as it follows the standard rules. You need to match at least three identical symbols left to right to win. There are five reels, 1024 pay lines, and a wide betting range to accommodate players with all budgets.

The gameplay is enhanced by the Extreme Reel Power and other bonus features like the wild, scatters, multipliers and free spins. All the control options are available below the reels for easy access.

There are many symbols with their payouts listed on the paytable. The high-value symbols are represented by a deer, a wolf, a house and a man. 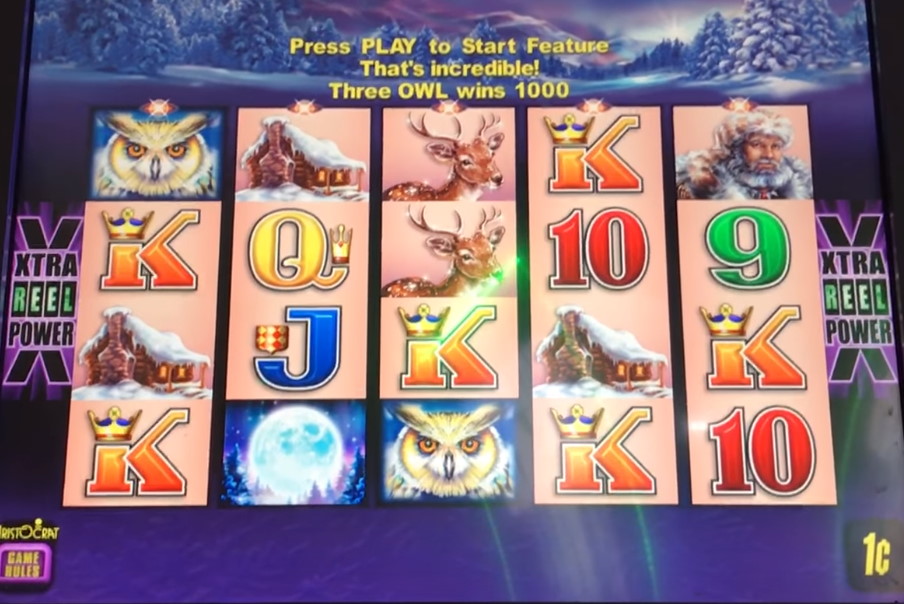 The Wolf is the most lucrative symbol; it awards 525 credits for 5 of a kind. You will also find the Wild symbol, which is marked by the Moon and substitutes for all other symbols.

The Scatter symbol is represented by the Owl and pays 50 for landing 5 of a kind. Besides, you will be awarded up to 12 Free Games whenever the Owl symbol appears.

Also, there is a multiplier worth 15x your win when the Moon appears on reel 2 and 4. 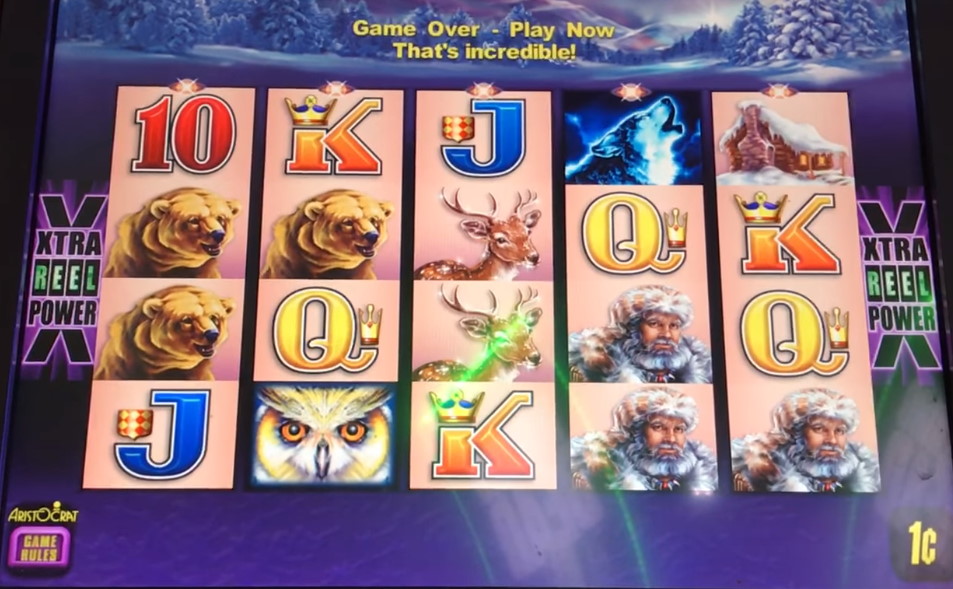 The fact that Timber Wolf pokies machine comes with the Extreme Reel Power feature makes it highly rewarding and exciting.

It offers smooth gameplay across all devices both in instant and downloadable version app. Try it for free at the Cashman Casino today for a fun and memorable experience.