Wild Chuco is an online slot machine which comes from the Aristocrat range of Lightning Link free pokies games. Wild Chuco comes with an action theme as Chuco roams around the deserted streets of Mexico plundering and looting anything that he deems precious and valuable, as they say when in Mexico do as the locals do 🙂

In order to join Chuco on his pokies rampage of sorts, all you need to do is to set in motion the game’s five reels that come with 50 paylines.

Wild Chuco is mobile friendly meaning that players can enjoy the slot on their mobile devices provided they run on iOS or Android operating systems. If you like Wild Chuco then you will love the Sahara Gold free pokies machine.

We have not seen any play for cash Lightning Link slots online thus far, the only versions we have seen are the social play for fun games like the one we review on this page which can be played for free at Heart of Vegas. 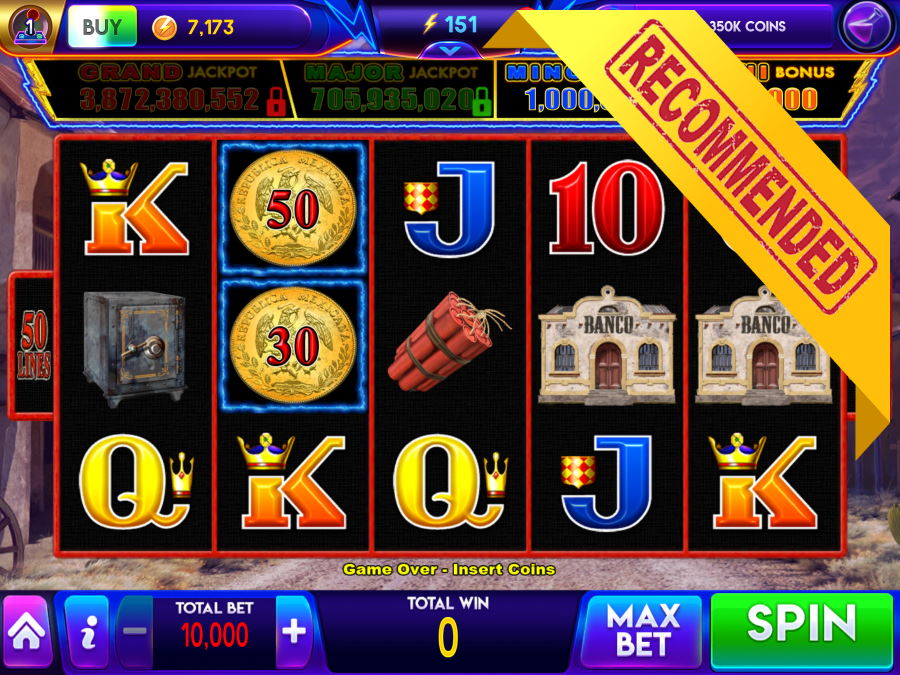 The backdrop of this online slot machine is set against a deserted street acting as the background. The reel section is covered by a solid black colour.

When spinning the reels of Wild Chuco slot, players will encounter the following symbols on the reels: a sack of gold coins, old house, dynamites, pistols, dynamite box, Chuco himself and traditional poker symbols.

Base Game Symbols and Pay Tables 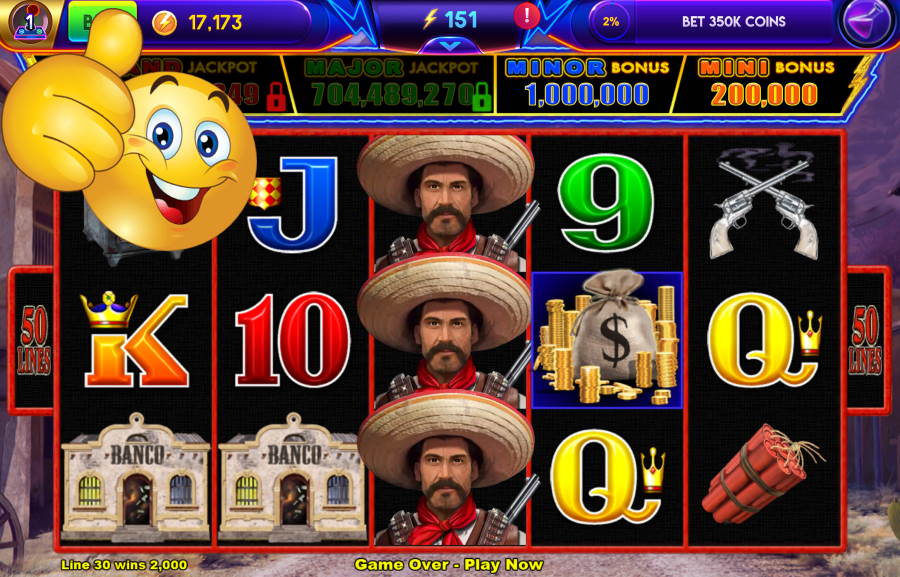 The Free Games Feature is triggered when the player lands at least three scatter symbols on the reels. In return, the player is awarded 8 free games. The WANTED bonus icon only appears in this feature.

At the end of a spin, all WANTED bonus symbols that may have appeared on the reels will transform into any one of the standard symbols i.e. before wins are evaluated.

In this cracker feature, Chuco carries a payout fetching 250 coins for five, 100 coins for four, 25 coins for three and 5 coins for two. Free games can be retriggered for even more free Lightning Link pokies excitement. 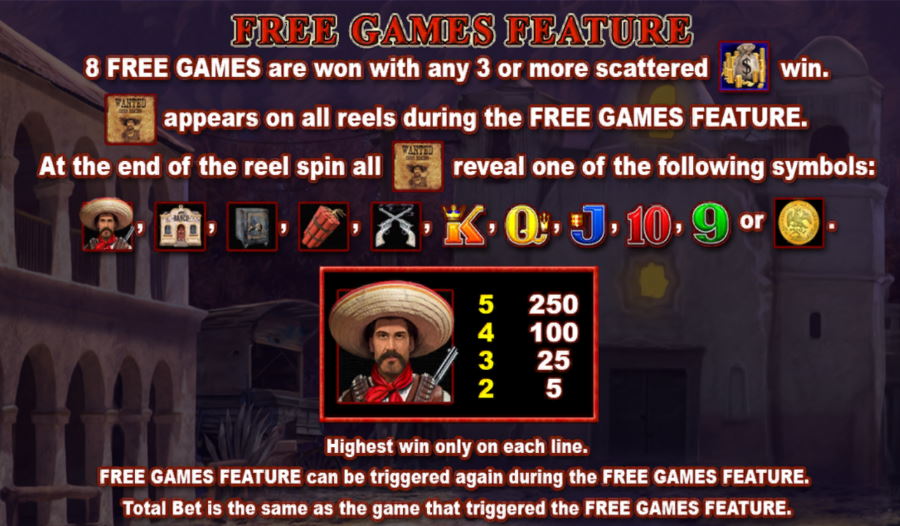 Landing at least six bonus symbols will help the player to trigger the Hold and Spin Feature. All bonus symbols which help in triggering this feature will remain in their position while all other reel positions turn in individual reels.

The player is then awarded 3 free spins. Landing additional bonus symbols during the free spins will see the free spins being reset to three. This feature will end when all free spins have been used or if the player hits the Grand jackpot.

The Minor and Mini jackpots can be hit at random but only if the player has managed to land at least six gold coin scatters at once.

NB: If you liked this slot you should take a free spin on the Lightning Link Heart Throb pokies game.